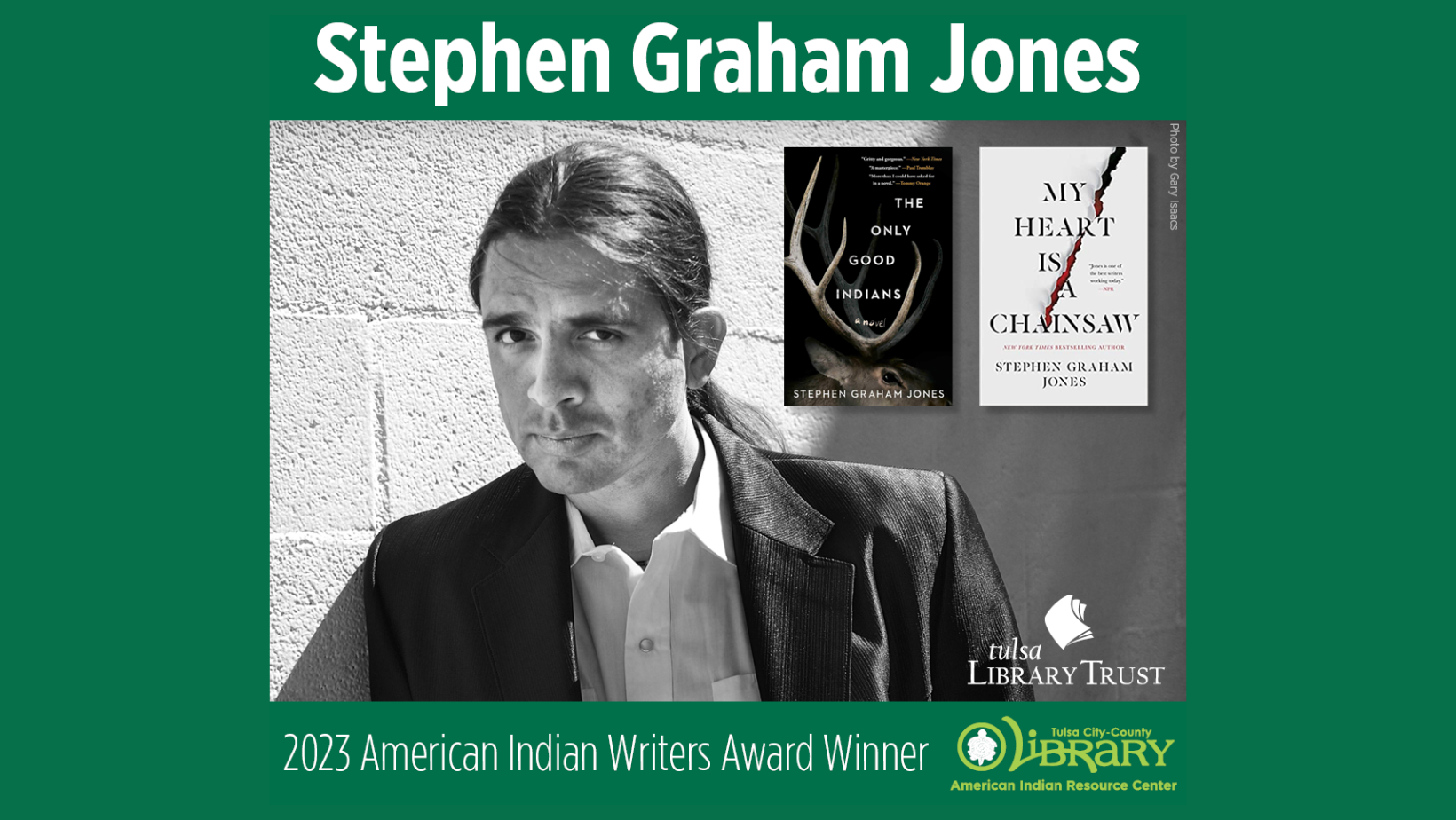 Inaugurated in 2001, the American Indian Festival of Words Writers Award recognizes written contributions of outstanding American Indian authors, poets, journalists, film and stage scriptwriters.  It is the first and only award given by a public library to honor an American Indian writer. The award is given in odd-numbered years. Recipients receive a $10,000 cash prize which is sponsored by the Maxine and Jack Zarrow Family Foundation and the Tulsa Library Trust.

The recipient of the 2023 American Indian Festival of Words Writers Award is Stephen Graham Jones.

There is a public program celebrating Stephen Graham Jones on Saturday, March 4 at 10:30 am in Connor’s Cove at Hardesty Regional Library (8316 E. 93rd Street). Books by Stephen Graham Jones will be available for sale at the event through Magic City Books and a book signing will take place at the conclusion of the program.

Stephen Graham Jones is the New York Times bestselling author of nearly 30 horror and sci-fi novels and collections including The Only Good Indians, Don’t Fear the Reaper, My Heart Is a Chainsaw, Mapping the Interior and Mongrels. His new comic-book series Earthdivers, launching in October 2022 by IDW, is set in an apocalyptic near future where four Indigenous survivors embark on a bloody, one-way mission to save the world by traveling back in time to kill Christopher Columbus and prevent the creation of America.

Jones has received numerous awards and honors including the Ray Bradbury Award from the Los Angeles Times, the Bram Stoker Award, Mark Twain American Voice in Literature Award, the Shirley Jackson Award, the Jesse Jones Award for Best Work of Fiction from the Texas Institute of Letters, the Independent Publishers Award for Multicultural Fiction and the Alex Award from American Library Association.