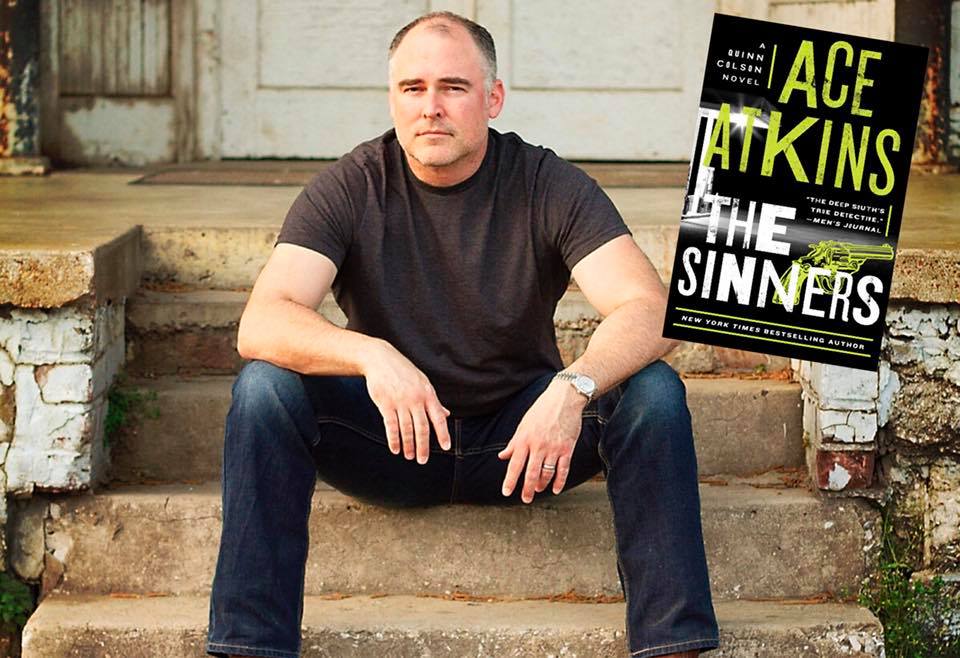 Join us for an afternoon with Ace Atkins, New York Times Bestselling author of twenty-one novels.

One of the best crime writers working today, Ace has been nominated for every major award in crime fiction, including the Edgar three times, twice for novels about former U.S. Army Ranger Quinn Colson. A former newspaper reporter and SEC football player, Ace also writes essays and investigative pieces for several national magazines including Outside and Garden & Gun.

The event is free and open to the public, copies of The Sinners will be available for sale at Magic City Books starting on July 17.