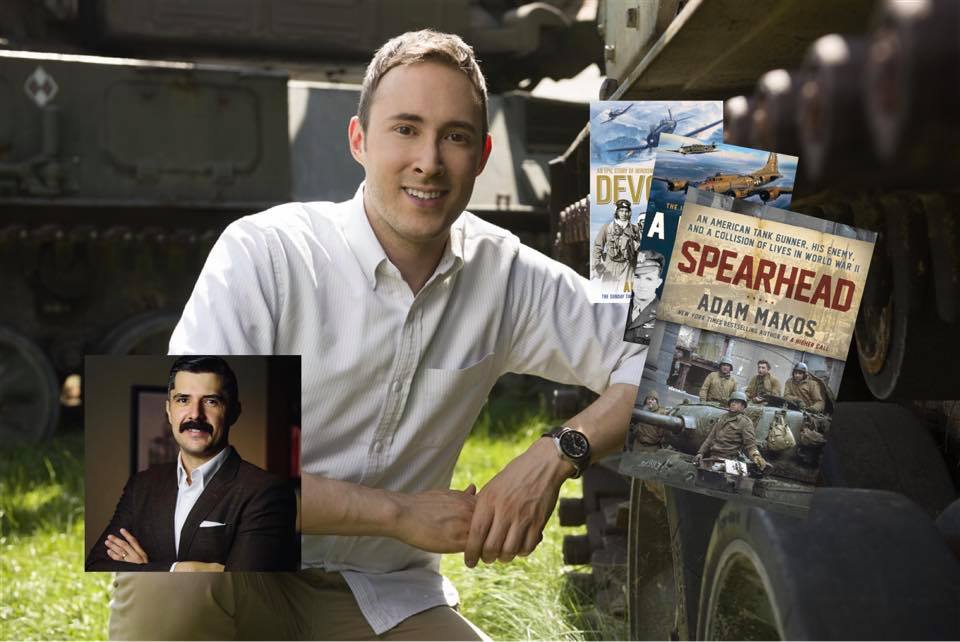 Spearhead tells the story of World War II tank gunner, Clarence Smoyer  and the legendary 3rd Armored Division. After Clarence sees his friends cut down breaching the West Wall and holding the line in the Battle of the Bulge, he and his crew are given a weapon with the power to avenge their fallen brothers: the Pershing, a state-of-the-art “super tank,” one of twenty in the European theater.

But with it comes a harrowing new responsibility: Now they will spearhead every attack. That’s how Clarence, the corporal from coal country, finds himself leading the U.S. Army into its largest urban battle of the European war, the fight for Cologne, the “Fortress City” of Germany.

Battling through the ruins, Clarence will engage the fearsome Panther in a duel immortalized by an army cameraman. And he will square off with Gustav Schaefer, a teenager behind the trigger in a Panzer IV tank, whose crew has been sent on a suicide mission to stop the Americans.

As Clarence and Gustav trade fire down a long boulevard, they are taken by surprise by a tragic mistake of war. What happens next will haunt Clarence to the modern day, drawing him back to Cologne to do the unthinkable: to face his enemy, one last time.

This event is free and open to the public. Copies of Spearhead as well as previous books from Adam Makos, A Higher Call and Devotion will be available for sale.