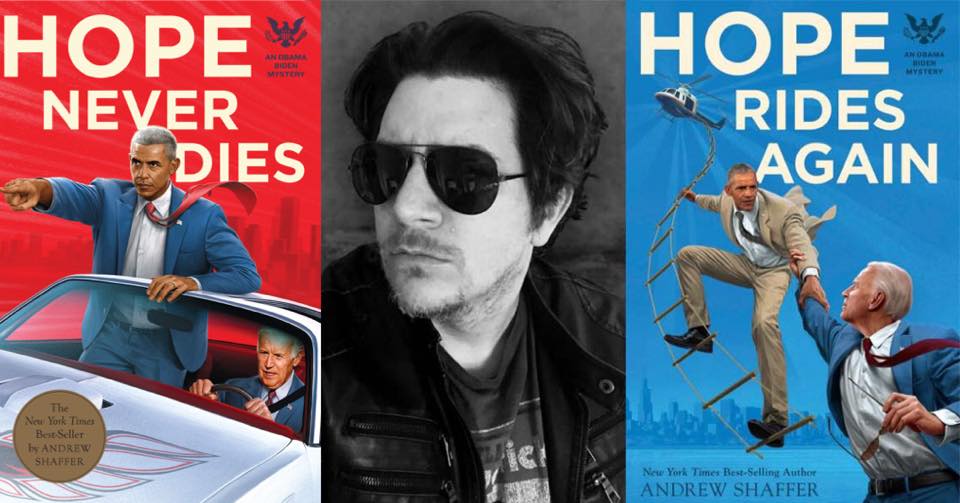 In the sequel to the best-selling novel Hope Never Dies, Obama and Biden reprise their roles as BFFs-turned-detectives as they chase Obama’s stolen cell phone through the streets of Chicago–and right into a vast conspiracy.

Following a long but successful book tour, Joe Biden has one more stop before he can return home: Chicago. His old pal Barack Obama has invited him to meet a wealthy benefactor whose endorsement could turn the tide for Joe if he decides to run for president. The two friends barely have time to catch up before another mystery lands in their laps: Obama’s prized Blackberry is stolen. When their number-one suspect winds up full of lead on the South Side, the police are content to write it off as just another gangland shooting. But Joe and Obama smell a rat… Set against the backdrop of a raucous city on St. Patrick’s Day, Joe and Obama race to find the shooter, only to uncover a vast conspiracy that goes deeper than the waters of Lake Michigan.

This event is free and open to the public. Copies of Hope Rides Again are currently available at Magic City Books.