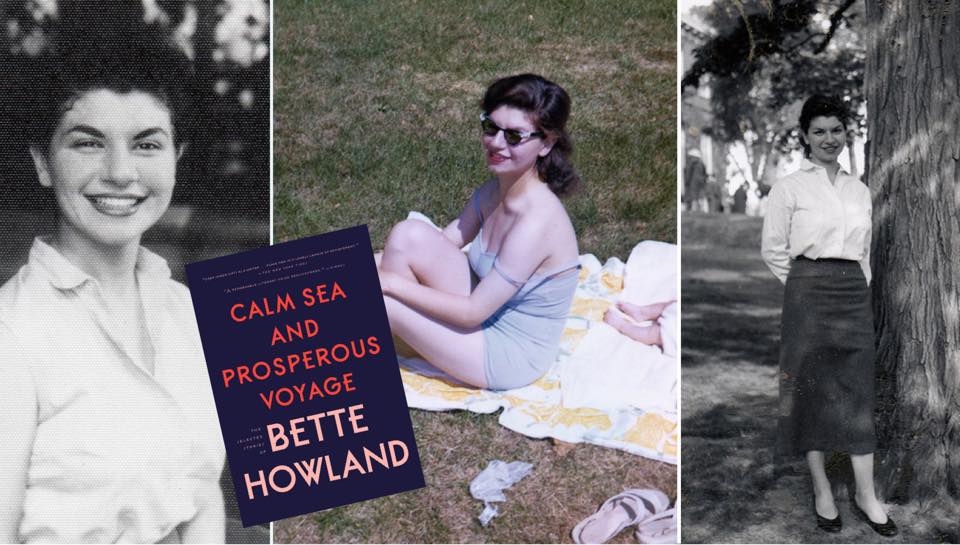 Bette Howland’s work was rediscovered near the end of her life when one of her books was found in the one-dollar bin at a used bookstore, about to be pulped.

We are teaming up with BELLETRIST, A PUBLIC SPACE, and the author’s son Jacob to celebrate the release of Calm Sea and Prosperous Voyage which restores to the literary canon an extraordinarily gifted writer, who was recognized as a major talent in the 1980s before all but disappearing from public view for decades.

“Her sheer gifts as a writer… place her in a lonely league of achievement.”

“Howland creates stark and strange works of genius….This is a collection to savor, and Howland is an author to celebrate.”

Bette Howland (1937-2017) was the author of three books: W-3, Blue in Chicago, and Things to Come and Go. She received a MacArthur Fellowship in 1984, after which though she continued writing but did not publish another book. Near the end of her life, her stories found new readers when a portfolio of her work appeared in a special issue of A Public Space magazine exploring a generation of women writers, their lifetimes of work, and questions of anonymity and public attention in art.