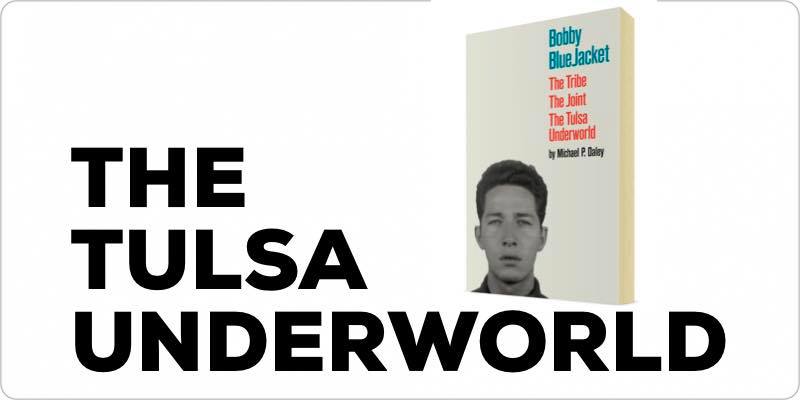 Back by popular demand, one of our bestselling books of 2018, author Michael Daley and Bobby BlueJacket himself will join us in the store.

Bobby BlueJacket: The Tribe, The Joint, The Tulsa Underworld illuminates a neglected history of American crime, identity, and politics in the 20th century. This is the extraordinary true story of a man who went from career thief to prison journalist to activist.

Based on over 5 years of research, the book draws from BlueJacket’s own memories, long-buried law enforcement and trial records, prison archives, news accounts, as well as interviews with others such as photographer Larry Clark and veteran reporters of Tulsa’s mid-century crime beat.

Bobby BlueJacket is illustrated with almost 90 photographs from never-before-seen personal archives, as well as images from prison publications and newspaper clippings.

“This book is not only a fascinating and richly detailed biography of a wily child of the Great Depression who at an early age drifted into a life of serious crime and serious punishment, it is also an intimate portrait of his complex emotional and intellectual life. Bobby BlueJacket, the story is as good as the sound of his beautiful name.” – Ron Padgett

The event is free and open to the public, copies of Bobby BlueJacket are available at Magic City Books.