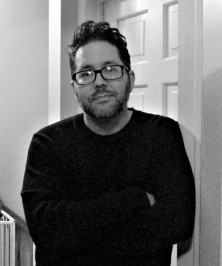 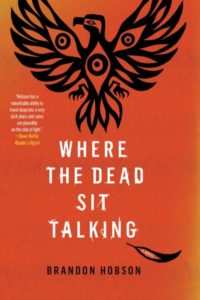 Set in rural Oklahoma during the late 1980s, Where the Dead Sit Talking is a startling, authentically voiced and lyrically written Native American coming-of-age story.

With his single mother in jail, Sequoyah, a fifteen-year-old Cherokee boy, is placed in foster care with the Troutt family. Literally and figuratively scarred by his mother’s years of substance abuse, Sequoyah keeps mostly to himself, living with his emotions pressed deep below the surface. At least until he meets seventeen-year-old Rosemary, another youth staying with the Troutts.

Sequoyah and Rosemary bond over their shared Native American background and tumultuous paths through the foster care system, but as Sequoyah’s feelings toward Rosemary deepen, the precariousness of their lives and the scars of their pasts threaten to undo them both.

Brandon Hobson is the author of Where the Dead Sit Talking and other books. He is a recipient of a Pushcart Prize, and his work has appeared in Conjunctions, NOON, The Paris Review Daily, The Believer, Post Road, and elsewhere. He is an enrolled member of the Cherokee Nation Tribe of Oklahoma.

The event is free and open to the public.