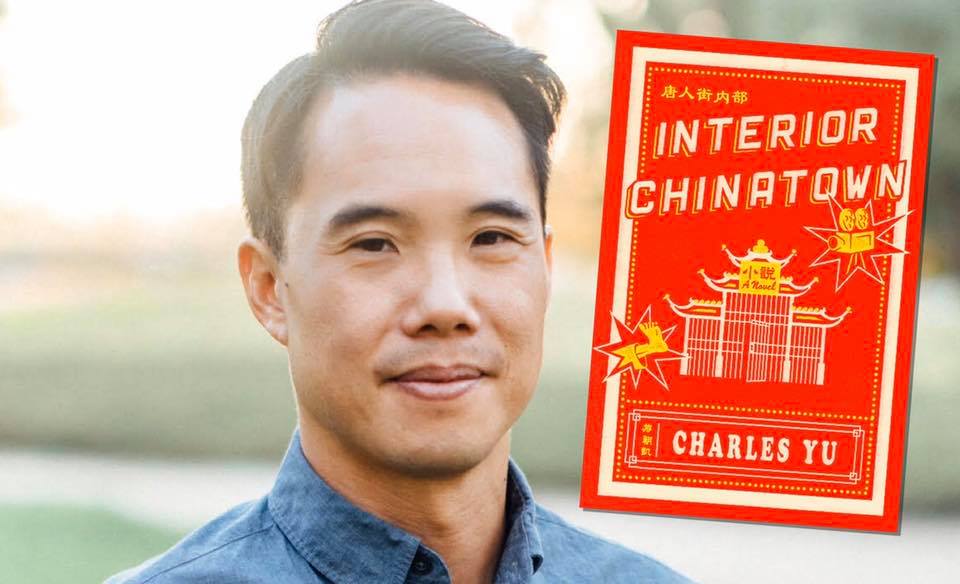 From the infinitely inventive author of How to Live Safely in a Science Fictional Universe comes a deeply personal novel about race, pop culture, immigration, assimilation, and escaping the roles we are forced to play. Playful but heartfelt, a send-up of Hollywood tropes and Asian stereotypes, Interior Chinatown is Charles Yu’s most moving, daring, and masterly novel yet.

CHARLES YU is the author of three books, including the novel How to Live Safely in a Science Fictional Universe, which was a New York Times Notable Book and named one of the best books of the year by Time magazine. He received the National Book Foundation’s 5 Under 35 Award, and was nominated for two WGA awards for his work on the HBO series, Westworld. He has also written for upcoming shows on AMC and HBO. His fiction and non-fiction have been published in a number of publications including The New Yorker, The New York Times, Slate and Wired.

SIMON HAN has a forthcoming debut novel from Riverhead Books. His short stories and essays have appeared in The Atlantic, The Iowa Review, Guernica, Fence, and Electric Literature‘s Recommended Reading. He has received fellowships and scholarships from MacDowell, the Bread Loaf Writers’ Conference, the Sewanee Writers’ Conference, and the Toji Cultural Center. He has taught at the University of Tulsa, Tulsa Community College, and Vanderbilt University, where he received his MFA. In addition to his novel, he is working on a story collection.