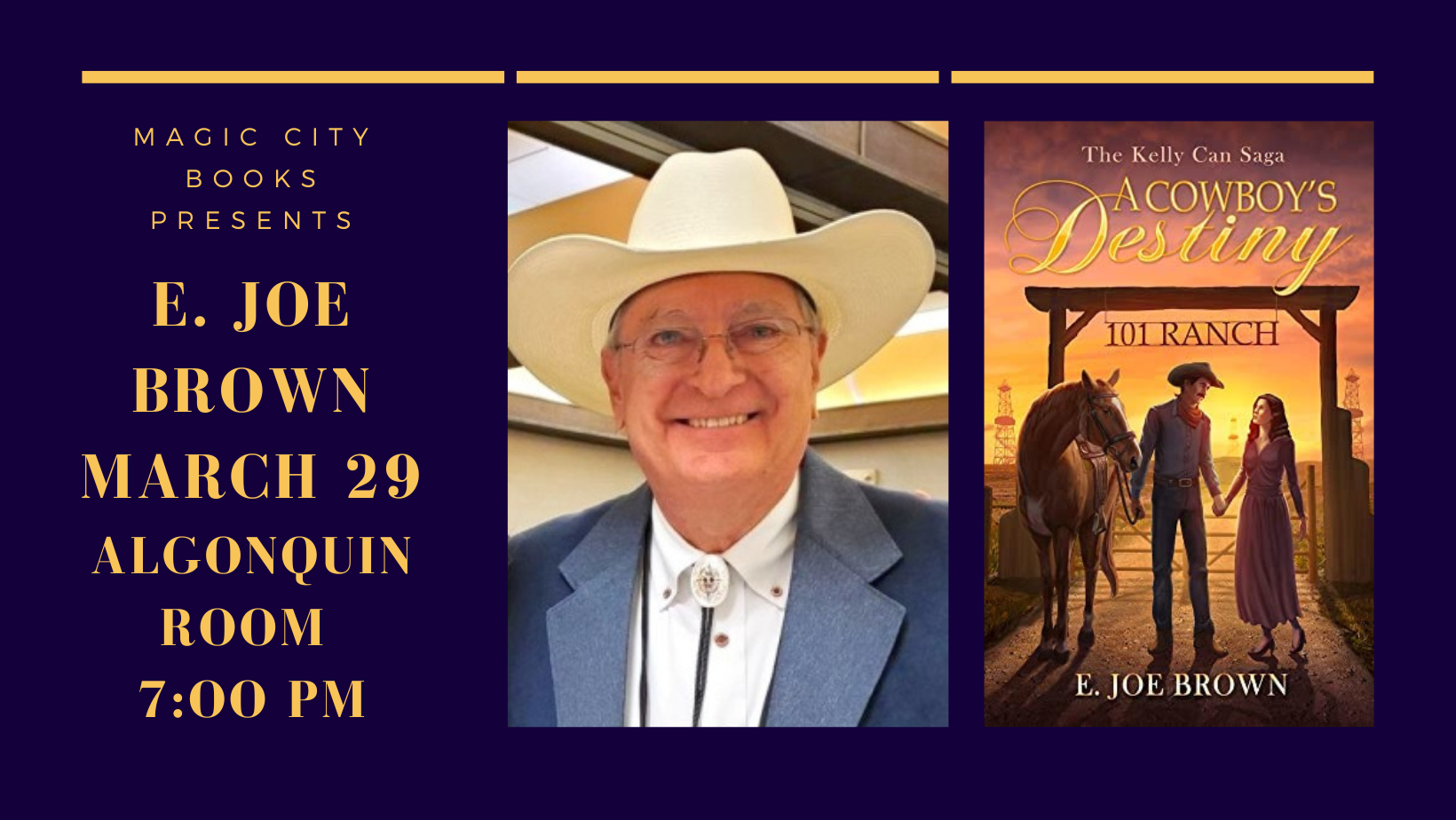 A Cowboy’s Destiny is the first in a series of novels set in early 1900s Oklahoma. Charlie Kelly, a young cowboy, is ready to go out and chase his dream of being a “top-hand” on the world-famous Miller’s 101 Ranch in northern Oklahoma. Along the way, he’s met with some unexpected challenges and opportunities that open his eyes to new and greater possibilities.

E. Joe Brown has published three memoirs and his writing has been included in the Baseball Hall of Fame. He’s a member of SouthWest Writers, the International Western Music Association, and president of New Mexico Westerners. He’s served as a New Mexico State Music Commissioner and on the International Western Music Association Board of Directors where he’s influenced the culture of New Mexico and the Southwest through music, poetry, literature, and education. He is a proud retiree of the USAF. Joe lives in Rio Rancho, New Mexico with his wife.