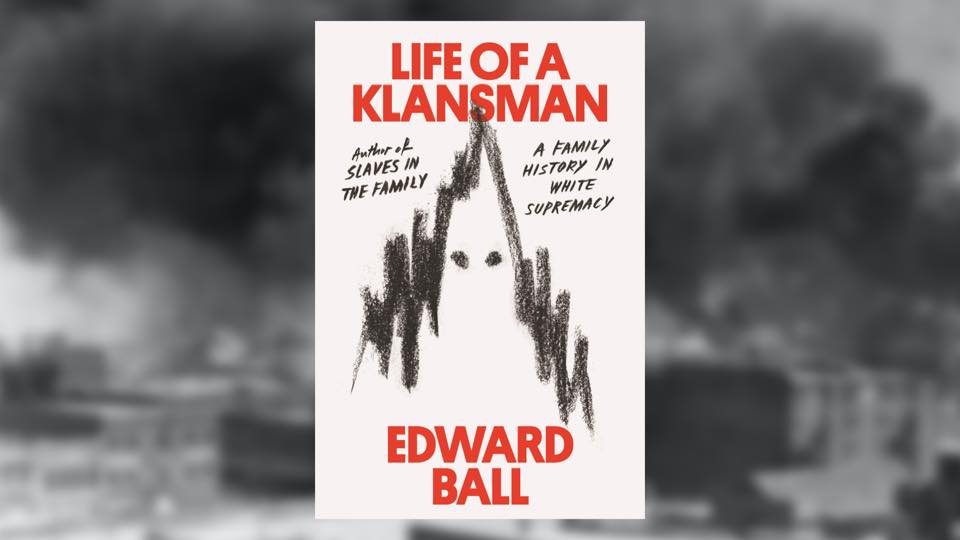 Writer Edward Ball investigates the life and times of a militant white supremacist, his great-grandfather in New Orleans, Constant Lecorgne.

Edward Ball joins us for a tough but necessary conversation.

This event will take place on the Zoom platform and is free and open to all. To register in advance for the event visit: https://magiccitybooks.zoom.us/webinar/register/WN_QIImogYqSICxrcJdH14zww

After registering, you will receive a confirmation email containing information about joining the event on Thursday, August 13.

Life of a Klansman is available to preorder now (publication date is August 4) here: https://magiccitybooks.square.site/product/life-of-a-klansman/149 or you can reserve a copy at the store in person or by calling 918-602-4452.

About Life of a Klansman

Life of a Klansman tells the story of a warrior in the Ku Klux Klan, a carpenter in Louisiana who took up the cause of fanatical racism during the years after the Civil War. Edward Ball, a descendant of the Klansman, paints a portrait of his family’s anti-black militant that is part history, part memoir rich in personal detail.

Sifting through family lore about “our Klansman” as well as public and private records, Ball reconstructs the story of his great-great grandfather, Constant Lecorgne. A white French Creole, father of five, and working class ship carpenter, Lecorgne had a career in white terror of notable and bloody completeness: massacres, night riding, masked marches, street rampages—all part of a tireless effort that he and other Klansmen made to restore white power when it was threatened by the emancipation of four million enslaved African Americans. To offer a non-white view of the Ku-klux, Ball seeks out descendants of African Americans who were once victimized by “our Klansman” and his comrades, and shares their stories.

For whites, to have a Klansman in the family tree is no rare thing: Demographic estimates suggest that fifty percent of whites in the United States have at least one ancestor who belonged to the Ku Klux Klan at some point in its history. That is, one-half of white Americans could write a Klan family memoir, if they wished.

In an era when racist ideology and violence are again loose in the public square, Life of a Klansman offers a personal origin story of white supremacy. Ball’s family memoir traces the vines that have grown from militant roots in the Old South into the bitter fruit of the present, when whiteness is again a cause that can veer into hate and domestic terror.

Edward Ball’s books include The Inventor and the Tycoon, about the birth of moving pictures in California, and Slaves in the Family, an account of his family’s history as slaveholders in South Carolina, which received the National Book Award for Nonfiction. He has taught at Yale University and has been awarded fellowships by the Radcliffe Institute at Harvard and the New York Public Library’s Cullman Center. He is also the recipient of a Public Scholar Award from the National Endowment for the Humanities.