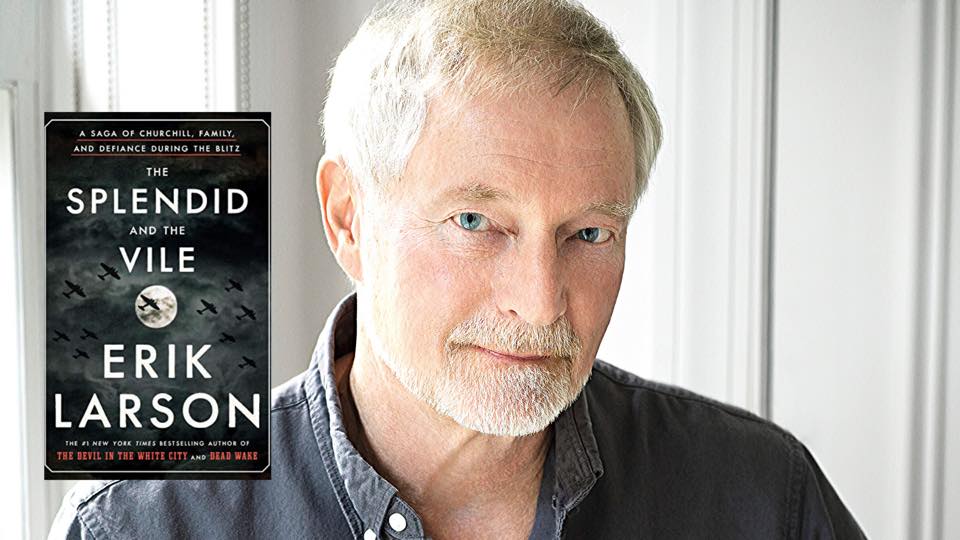 Join us for an evening with Erik Larson and his new book, a fresh and compelling portrait of Winston Churchill and London during the Blitz.

Magic City Books is thrilled to welcome bestselling author Erik Larson in celebration of his new book, The Splendid and the Vile, a fresh and compelling portrait of Winston Churchill and London during the Blitz.

This is a ticketed event, each ticket includes one copy of The Splendid and the Vile and one seat at the event on Thursday March 12 at The Synagogue|Congregation B’nai Emunah (1719 S. Owasso Avenue). There is a limit of four tickets per person/email address.

Ticket holders will be able to pick up their books and event wristbands for entry to the event at Magic City Books starting on Tuesday, February 25.

About The Splendid and the Vile:

On Winston Churchill’s first day as prime minister, Adolf Hitler invaded Holland and Belgium. Poland and Czechoslovakia had already fallen, and the Dunkirk evacuation was just two weeks away. For the next twelve months, Hitler would wage a relentless bombing campaign, killing 45,000 Britons. It was up to Churchill to hold his country together and persuade President Franklin Roosevelt that Britain was a worthy ally—and willing to fight to the end.