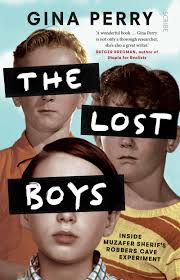 In 1954, a group of American boys attended a remote summer camp at Oklahoma’s Robbers Cave State Park where they were split into two groups, and encouraged to bully, harass, and demonize each other.

The results would make history as one of social psychology’s classic studies, and one of the most controversial: the Robbers Cave experiment.

Acclaimed Australian writer Gina Perry joins us to talk about her book, The Lost Boys.

In conversation with Gene Perry.

This event is free and open to the public. Copies of The Lost Boys are currently available at Magic City Books and will be for sale at the event.