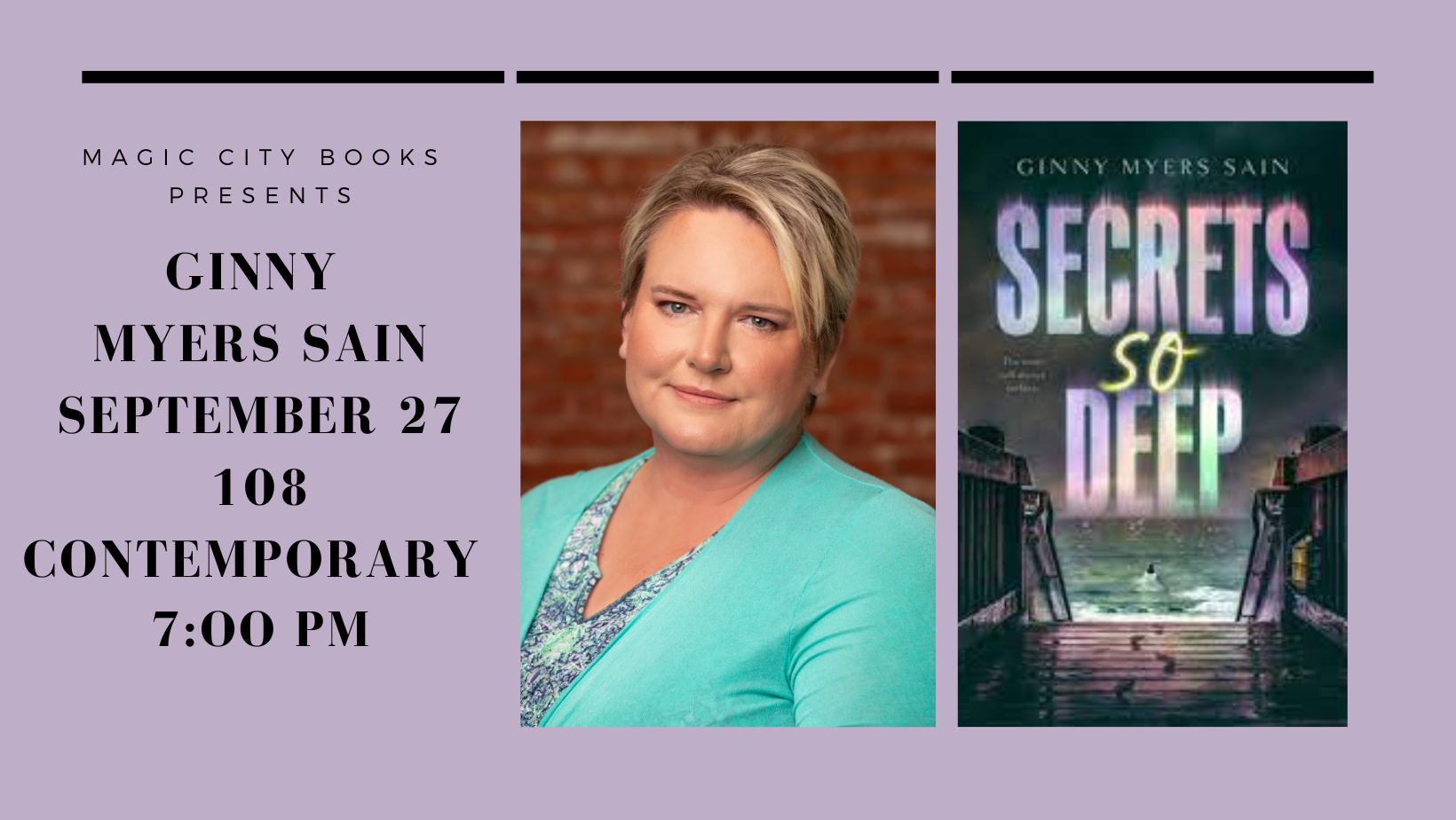 Magic City Books is thrilled to welcome back bestselling author and Oklahoma native Ginny Myers Sain to celebrate the release of her second book, Secrets So Deep, on Tuesday September 27 at 7:00 pm. This free event will be held at 108 Contemporary (108 E. Reconciliation Way, two blocks from Magic City Books).

Secrets So Deep is a  paranormal thriller about a seventeen-year-old girl returning to camp to uncover the truth of what really happened there twelve years ago, the night her mother drowned.

Joining Ginny in conversation will be novelist, and former Tulsan, Susie Dumond. Susie’s debut novel, Queerly Beloved, is set in Tulsa and came out earlier this year.

Secrets So Deep will be published on Tuesday September 27. You can pre-order a copy from Magic City Books online at: https://magiccitybooks.square.site/product/secrets-so-deep/796 or by calling the store, 918-602-4452.

About Secrets So Deep

Twelve years ago, Avril’s mother drowned at Whisper Cove theater, just off the rocky Connecticut coastline. It was ruled an accident, but Avril’s never been totally convinced. Local legend claims that the women in the waves—ghosts from old whaling stories—called her mother into the ocean with their whispering. Because, as they say at Whisper Cove, what the sea wants, the sea will have.

While Avril doesn’t believe in ghosts, she knows there are lots of different ways for places, and people, to be haunted. She’s spent the past twelve years trying to make sense of the strange bits and pieces she does remember from the night she lost her mother. Stars falling into the sea. A blinding light. A tight grip on her wrist. The odd sensation of flying. Now, at seventeen, she’s returning to Whisper Cove for the first time, and she might finally unravel the mystery of what really happened.

As Avril becomes more involved with camp director Willa and her mysterious son Cole, Whisper Cove reveals itself to her. Distances seem to shift in the strange fog. Echoes of long-past moments bounce off the marsh. And Avril keeps meeting herself—and her dead mother—late at night, at the edge of the ocean.

The truth Avril seeks is ready to be discovered. But it will come at a terrible cost.

Ginny Myers Sain lives in Tulsa, Oklahoma, and has spent the past twenty years working closely with teens as a director and acting instructor in a program designed for high school students seriously intent on pursuing a career in the professional theatre. Having grown up in deeply rural America, she is interested in telling stories about resilient kids who come of age in remote settings. Dark and Shallow Lies is her debut novel. Follow her on Twitter @stageandpage and on Instagram @ginnymyerssain, or find her on her website at ginnymyerssain.com.