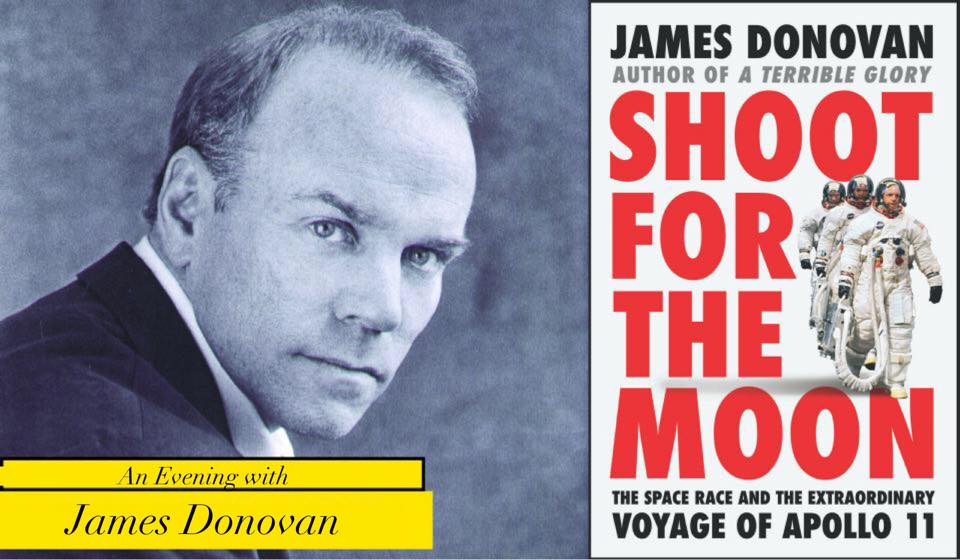 We’re teaming up with Tulsa Air and Space Museum to celebrate the 50th anniversary of the Apollo 11 mission. Acclaimed author James Donovan joins us to discuss his new book, Shoot for the Moon and we will cap the night off with a new planetarium show.

Free and open to all.

“This is the best book on Apollo that I have read. Extensively researched and meticulously accurate, it successfully traces not only the technical highlights of the program but also the contributions of the extraordinary people who made it possible.”

About Shoot for the Moon

On July 20, 1969, Neil Armstrong and Buzz Aldrin became the first humans to walk on the Moon, a moment forever ingrained in history. Perhaps the world’s greatest technological achievement-and a triumph of American spirit and ingenuity-the Apollo 11 mission, and the entire Apollo program, was a mammoth undertaking involving more than 410,000 men and women dedicated to putting a man on the Moon and winning the Space Race against the Soviets.

Seen through the eyes of the those who lived it, Shoot for the Moon reveals the dangers, the challenges, and the sheer determination that defined not only Apollo 11, but also the Mercury and Gemini missions that made it possible. Both sweeping and intimate, and based on exhaustive research and dozens of fresh interviews, bestselling author James Donovan’s Shoot for the Moon is the definitive and thrilling account of one of humankind’s most extraordinary feats of exploration.
+ Google Calendar+ Add to iCalendar