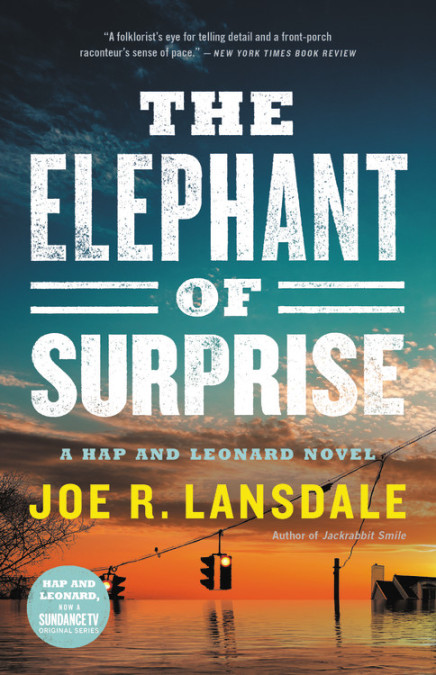 The unlikely detective duo Hap and Leonard return in a brand new adventure from master storyteller Joe R. Lansdale. And Joe joins us for an afternoon of stories, signing, and more.

Hap and Leonard are an unlikely pair – Hap, a self-proclaimed white trash rebel, and Leonard – a tough-as-nails Black, gay, Vietnam vet and Republican – but they’re the closest friend either of them has in the world.

After years of crime-solving companionship, something’s changed: Hap, recently married to their P.I. boss, Brett, is now a family man. Amidst the worst flood East Texas has seen in years, the two run across a woman who’s had her tongue nearly cut out, pursued by a heavily armed pair of goons. Turns out the girl survived a mob hit, and the boss has come to clean up the mess.
On a chase that blows even the East Texas swampgrass back, Hap and Leonard must save the girl, and vanquish her foes, before the foes get them first. With a new case to solve, and a brand-new challenge to their relationship, will Hap and Leonard’s friendship survive? Will Hap and Leonard survive?
The Elephant of Surprise is rich with Lansdale’s trademark humor, whip-smart dialogue, and plenty of ass-kicking adventures.
+ Google Calendar+ Add to iCalendar