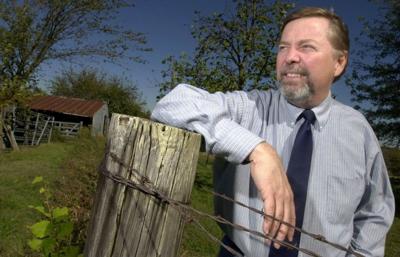 In 1939, as war clouds mushroom around Depression-era America, former Civilian Conservation Corps worker Robert Brown finds himself with a new government job— gathering tales from ancient denizens of the Ozark Mountains. Possessed of an extrasensory intuitive skill he calls his seventh sense, Robert is no stranger to magic or the preternatural. He is, however, woefully underprepared for the animalistic horrors he discovers on this assignment–and the ancient horrors he unleashes.

John Wooley is the author, co-author, or editor of more than 25 books. He is the host and producer of the radio program Swing on This and was the first writer inducted into the Oklahoma Music Hall of Fame in 2003. He is also a member of the Oklahoma Jazz Hall of Fame and the Oklahoma Cartoonists Hall of Fame. The Seventh Sense is a collaboration with his long-time friend and first-time novelist, Robert A. Brown and is the first book in a planned trilogy.

This event is free and open to the public. Copies of The Seventh Sense are available at Magic City Books.