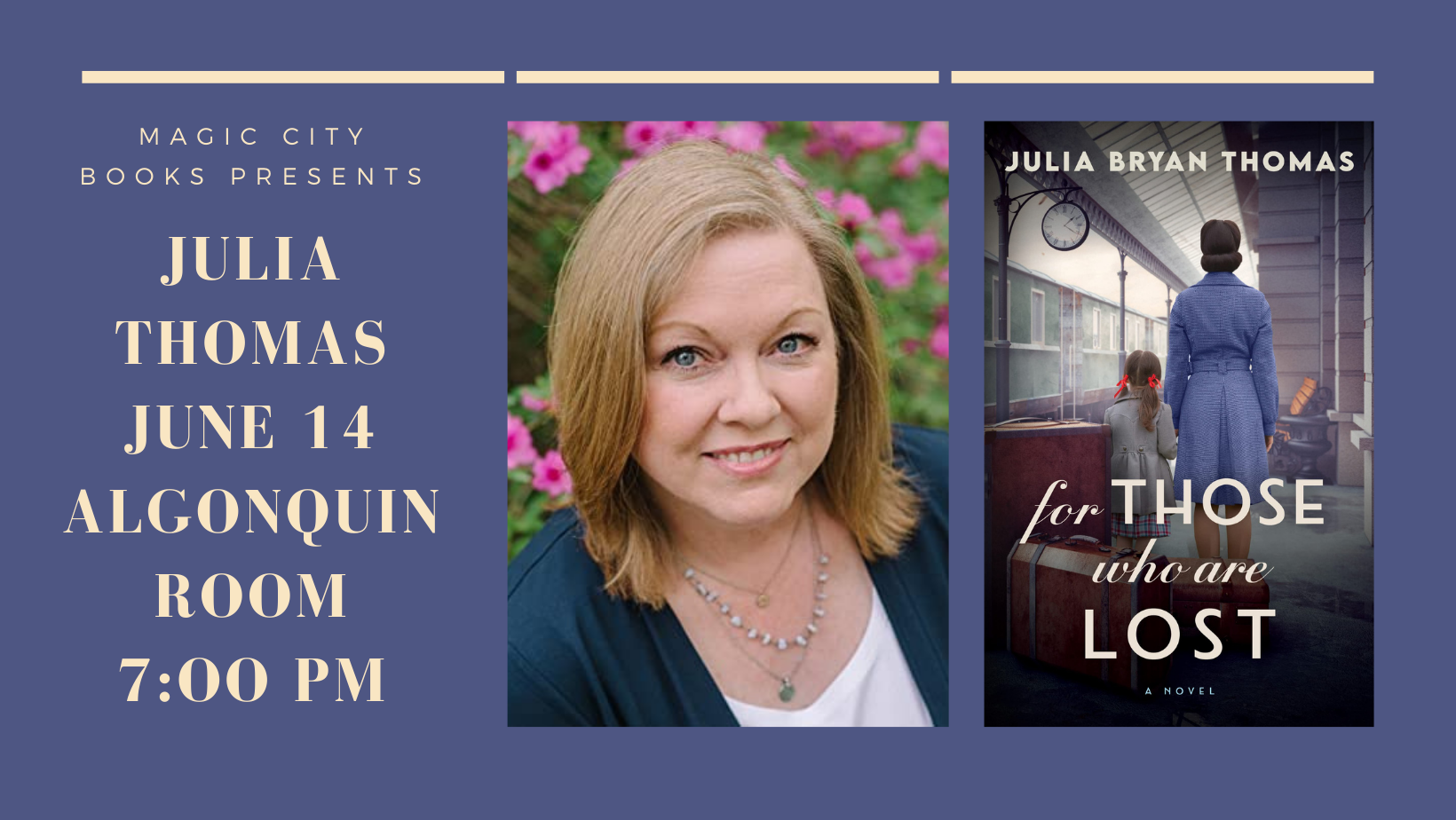 Magic City Books is proud to welcome Tulsa author Julia Thomas for a book launch event to celebrate the publication of her new novel, For Those Who Are Lost on Tuesday June 14 at 7:00 pm in the Algonquin Room at Magic City Books.

The new historical fiction novel, For Those Who Are Lost is set on the island of Guernsey on the eve of World War II when one woman must make a split second decision that will have repercussions for a lifetime.

For Those Who Are Lost will be published on June 14 and copies will be available at Magic City Books. You can pre-order a copy in the store or online at: https://magiccitybooks.square.site/product/for-those-who-are-lost/705.

About For Those Who Are Lost

On the island of Guernsey, as WWII looms, many islanders make the heartbreaking choice to ship their children to safety in England, not knowing when (or if) they will be reunited. Acting on faith, Ava and Joseph Simon reluctantly send their 9-year-old son Henry and four-year-old daughter Catherine with their children’s teacher Helen, who will escort them to the mainland.

But Helen’s sister Lily is fleeing an abusive, childless marriage, and, just as the ferry is about to leave, she convinces her sister to let her take Helen’s place so that she can make a new start for herself. It is Lily who takes the children to England, and it is Lily who lets Henry get on a train by himself. But Lily has always wanted a child, and she’s unable to let Catherine go. So she decides to walk the other way, taking Catherine with her in her arms. That split-second decision impacts the lives of everyone long after the war ends.

For Those Who Are Lost is at once heartbreaking, thought-provoking, and uplifting.

Julia Thomas is the author of The English Boys, a Library Journal Debut of the Month novel, and Penhale Wood, which earned starred reviews from Kirkus Reviews and Library Journal.