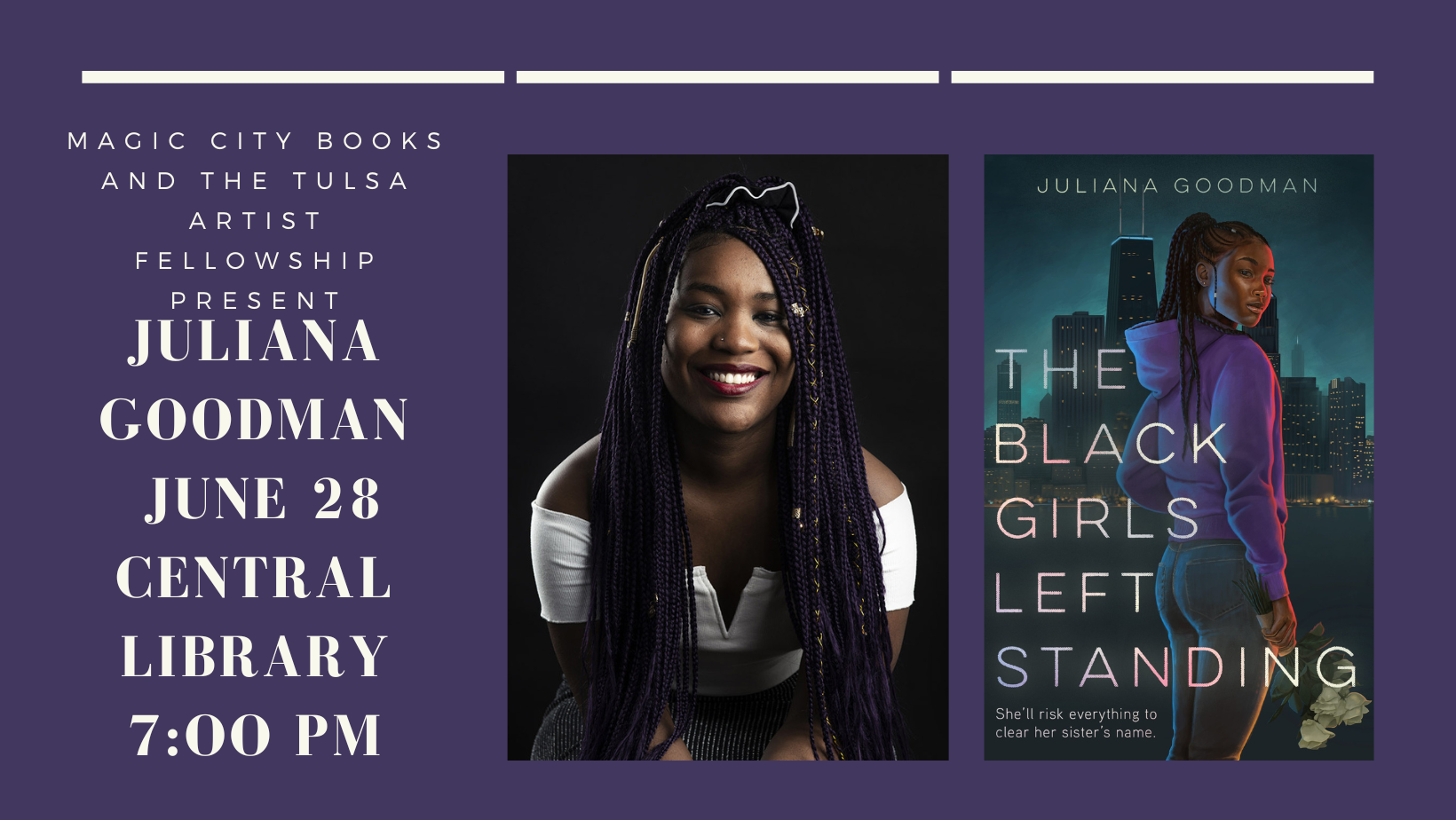 Magic City Books, in partnership with Tulsa Artist Fellowship and the Tulsa City-County Library are thrilled to welcome Juliana Goodman for a book launch event in celebration of her debut novel, The Black Girls Left Standing on Tuesday June 28 at 7:00 pm at the Central Library (5th and Denver in downtown Tulsa).

“The explosive ending will leave readers with a lot to chew on. An immersive novel about trying to live in two worlds at once.” –Booklist

About The Black Girls Left Standing

Sixteen-year-old Beau Willet has dreams of being an artist and one day leaving the Chicago projects she’s grown up in. But after her older sister, Katia, is killed by an off-duty police officer, Beau knows she has to clear her sister’s name by finding the only witness to the murder; Katia’s no-good boyfriend, Jordan, who has gone missing. If she doesn’t find him and tell the world what really happened, Katia’s death will be ignored, like the deaths of so many other Black women who are wrongfully killed.

With the help of her friend, Sonnet, Beau sets up a Twitter account to gather anonymous tips. But the more that Beau finds out about her sister’s death, the more danger she finds herself in. And with a new relationship developing with her childhood friend, Champion, and the struggle to keep her family together, Beau is soon in way over her head. How much is she willing to risk to clear her sister’s name and make sure she’s not forgotten?

JULIANA GOODMAN was born and raised in Blue Island, Illinois. She received her B.A. in English Literature from Western Illinois University and her MFA in Fiction Writing from Purdue University. Juliana has received several awards and scholarships for her writing and was a Jack Kent Cooke Graduate Arts Award Finalist. She’s had work published in Sigma Tau Delta’s Rectangle, Blackberry: a Magazine and Fiyah Literary Magazine. Juliana is a literary arts fellow with the Tulsa Artist Fellowship. In her free time, she enjoys watching horror films, reading the latest young adult novels and hanging out with her pit bull, Artie Partie and her cat, Pickle.