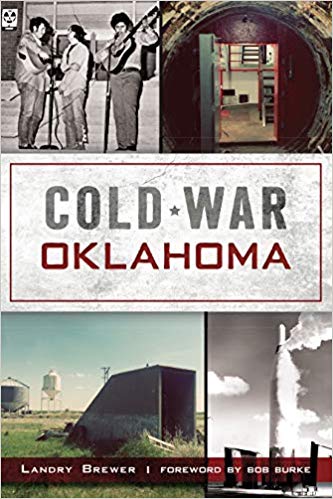 Oklahoma might seem like an unexpected place for Cold War tensions to boil over, but the state played a key role in a conflict that threatened global annihilation. Altus Air Force Base served as a hub for twelve intercontinental ballistic missile launch sites; in 1964, a missile housed at the Frederick site exploded, although the nuclear warhead remained unaffected. Ordinary citizens lived under the shadow of nuclear war as well. A former OU faculty member accused of committing espionage for the Soviet Union fled the country, while a SWOSU professor dug his own fallout shelter in Weatherford–by hand. During the Cuban Missile Crisis, an emergency siren malfunction sent terrified Elk City parents scurrying to local schools to pick up their children.

In his new book, Cold War Oklahoma, Landry Brewer presents a fascinating cross-section of the era, from top-level strategy to the details of daily life.