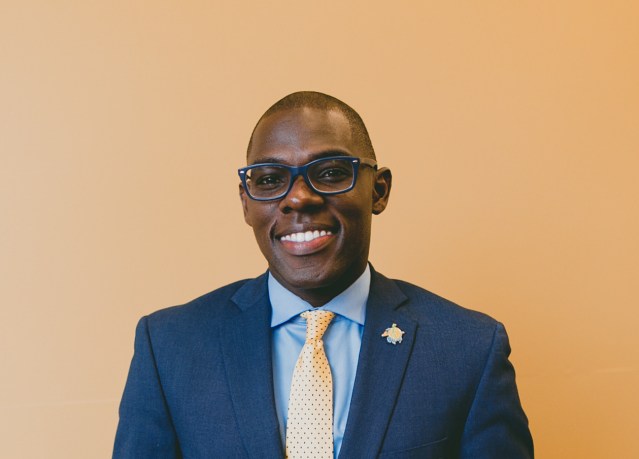 We are welcoming a very special guest reader to our Magic Monday story time on November 25. Kojo Asamoa-Caesar, candidate for Oklahoma’s 1st Congressional District, will be joining us to read some of his favorite books.

Kojo Asamoa-Caesar is a graduate of the law school at the College of William & Mary, and began his career as a kindergarten teacher in Tulsa. His students saw significant growth in their reading scores, and he was named Teacher of the Year at his school site after just his second year of teaching. Kojo later went on to serve as the founding principal of Greenwood Leadership Academy.

Kojo most recently served as interim executive director at 36 Degrees North, a co-working space that serves as Tulsa’s basecamp for entrepreneurs, serving over 400 members representing over 180 small businesses and startups.