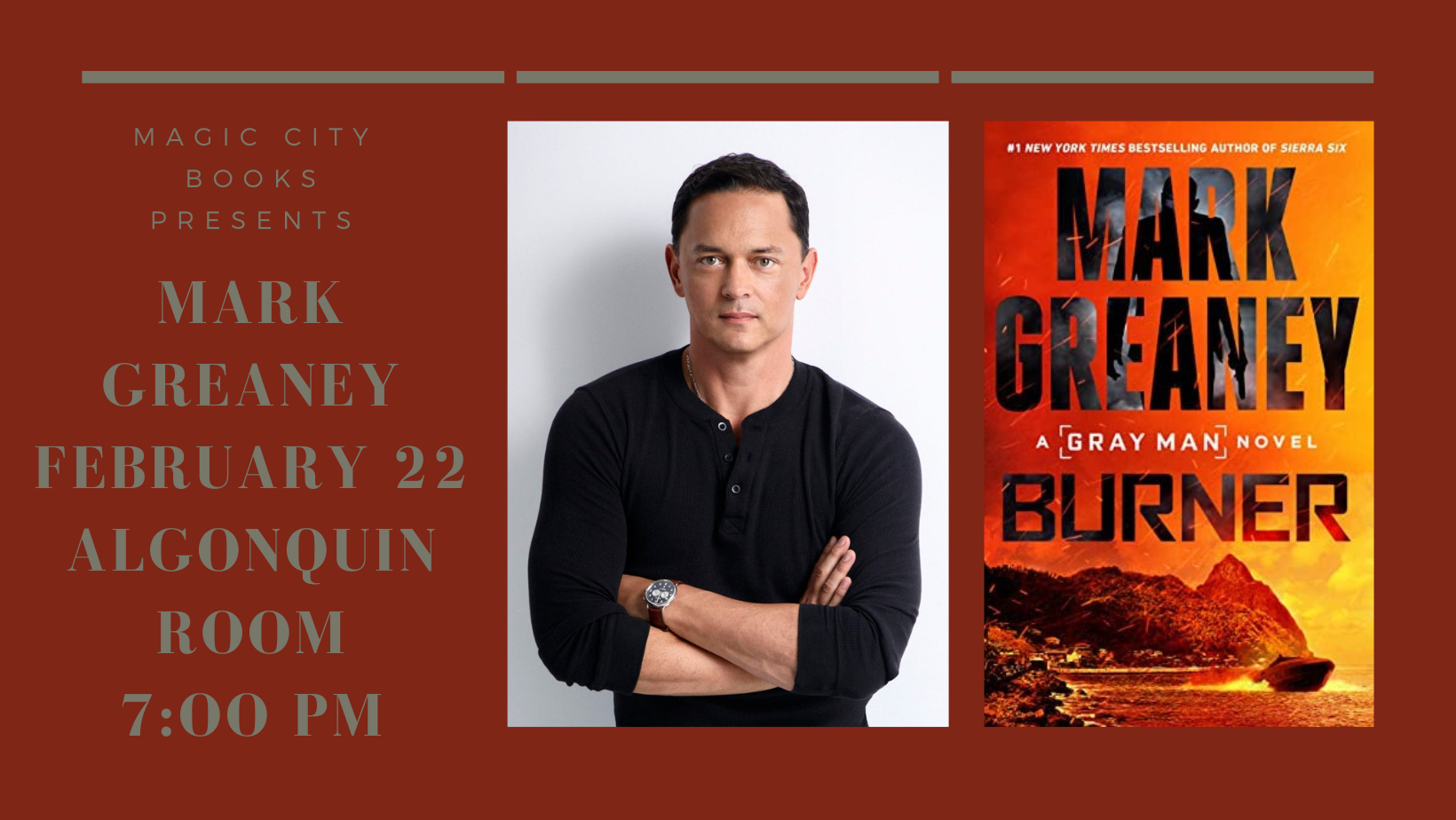 Magic City Books is thrilled to welcome best selling author Mark Greaney for a special in-person event on Wednesday February 22 at 7:00 pm in the Algonquin Room at Magic City Books. This event is free and open to the public.

Eleven subsequent Gray Man novels have been released to date, including his latest, Burner, which comes out February 21st, 2023.

Mark is also the #1 New York Times bestselling author or co-author of seven Tom Clancy novels, including his most recent TOM CLANCY TRUE FAITH AND ALLEGIANCE. He collaborated with Tom Clancy on three Jack Ryan novels before Tom’s death in 2013.

Mark Greaney will be signing copies of his new book, Burner, and assorted other titles in the Gray Man series at Magic City Books on Wednesday, February 22. You can order a copy of Burner to have signed here: https://magiccitybooks.square.site/product/burner/982.

Court Gentry is caught between the Russian mafia and the CIA in this latest electrifying thriller in the #1 New York Times bestselling Gray Man series.

When you kick over a rock, you never know what’s going to crawl out.

Alex Velesky is about to discover that the hard way. He’s stolen records from the Swiss bank that employs him, thinking that he’ll uncover a criminal conspiracy. But he soon finds that he’s tapped into the mother lode of corruption. Before he knows it, he’s being hunted by everyone from the Russian mafia to the CIA.

Court Gentry and his erstwhile lover, Zoya Zakharova, find themselves on opposites poles when it comes to Velesky. They both want him but for different reasons.

That’s a problem for tomorrow. Today they need to keep him and themselves alive. Right now, it’s not looking good.

Mark Greaney’s books are published in nearly two dozen languages and are also available as audiobooks.

In his research for the novels he has traveled to dozens of countries, visited the Pentagon, military bases, and many Washington, D.C. Intelligence agencies, and trained alongside military and law enforcement in the use of firearms, battlefield medicine, and close-range combative tactics.

Mark lives in Memphis, Tennessee with his wife, his three stepchildren, and his four dogs; Lobo, Ziggy, Winston, and Mars.