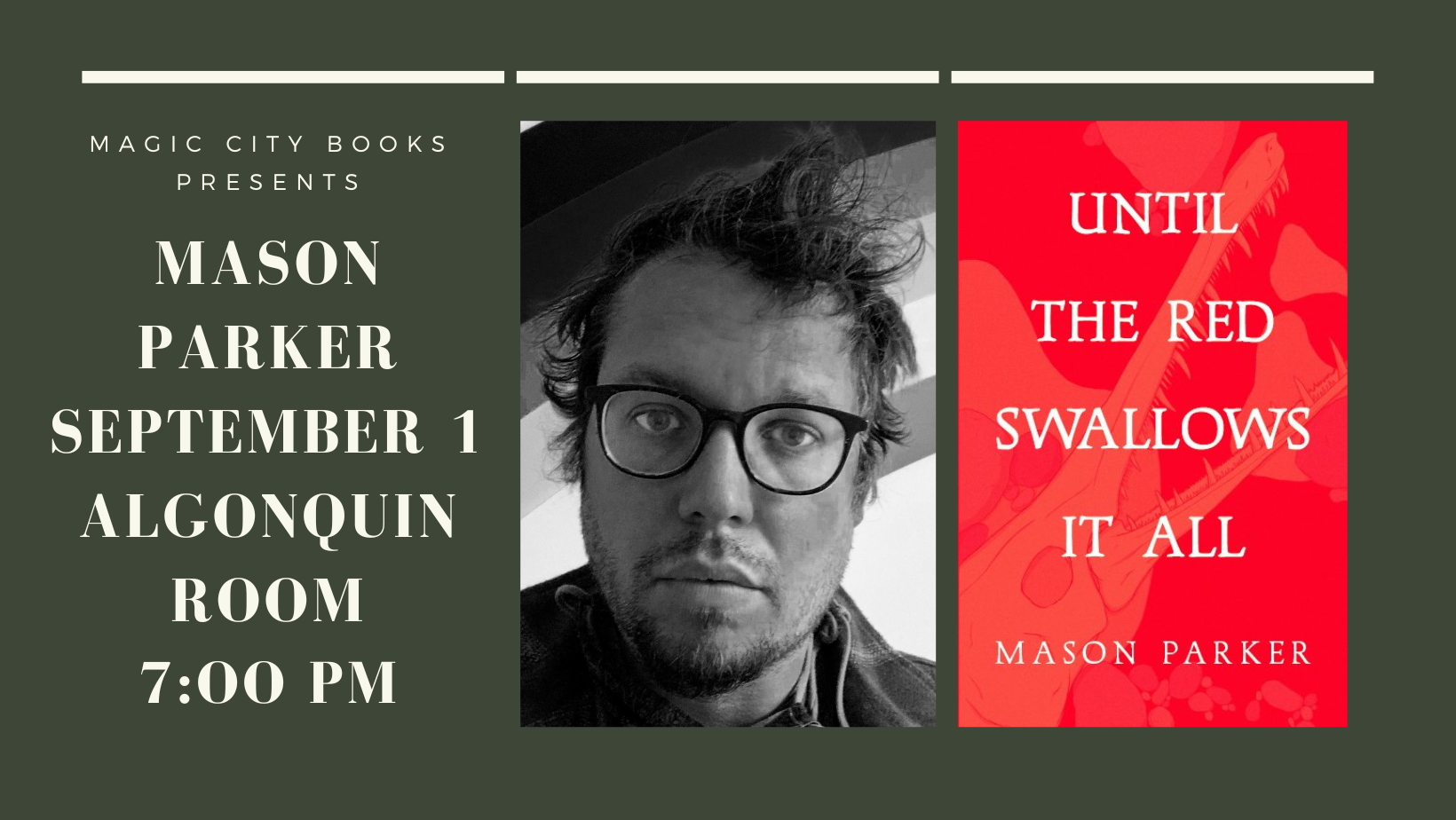 Magic City Books is excited to welcome Oklahoma native Mason Parker for an in-person event on Thursday September 1 to celebrate his debut essay collection, Until the Red Swallows It All. This free event will take place in the Algonquin Room at Magic City Books at 7:00 pm on September 1.

Sometimes sinister and sometimes playful, Mason Parker’s essays and vignettes attempt the nearly impossible task of capturing the true magnitude of our ecological situation. Until the Red Swallows It All tells stories of people formed by landscape and examines Oklahoma after the big fracking boom, a microcosm of something even more expansive than the open plains or seemingly endless hills. This collection is like a John Prine album or a hillbilly Walden. By veering in and out of the political, but mostly by peering through the lens of the personal, Parker’s work reconciles our past with a future beyond our control, or even understanding.

Mason Parker is an Okie-born, Montana-based writer. He holds an MS in Environmental Studies from the University of Montana. His work has been featured in X-R-A-Y, Hobart, the International Journal of Wilderness, and BULL Men’s Fiction. In his free time he enjoys exploring the Selway-Bitterroot Wilderness with his partner and two dogs.

Until the Red Swallows It All will be published on August 31. You can pre-order a copy at Magic City Books or online at https://magiccitybooks.square.site/product/until-the-red-swallows-it-all/832.