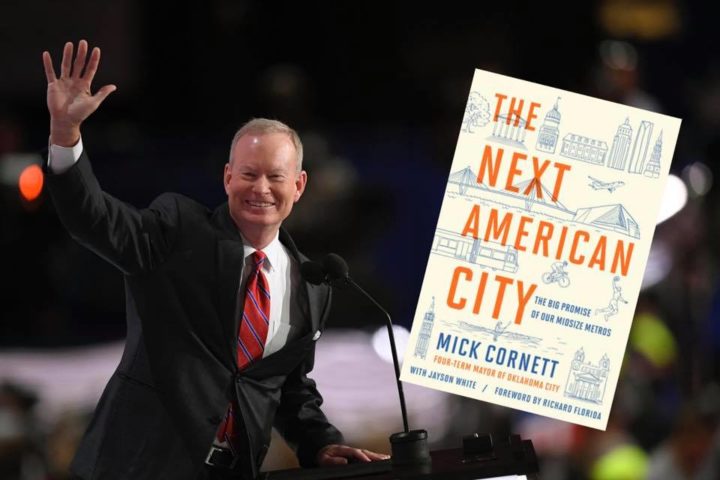 Oklahoma City. Indianapolis. Charleston. Des Moines. What do these cities have in common? They are cities of modest size but outsized accomplishment, powered by a can-do spirit, valuing compromise over confrontation and progress over political victory. These are the cities leading America . . . and they’re not waiting for Washington’s help.

In The Next American City, Mick Cornett offers a hopeful and illuminating look at the innovative urban centers that will lead the United States in coming years.

As mayor of one of America’s most improved cities, Cornett used a bold, creative, and personal approach to orchestrate his city’s renaissance. Once regarded as a forgettable city in “flyover country,” Oklahoma City has become one of our nation’s most dynamic places–and it is not alone. In this book, Cornett translates his city’s success–and the success of cities like his–into a vision for the future of our country.

The Next American City reveals how our metropolises are reinventing themselves through civic engagement, inventive public policy, and smart urban design. It is a study of the changes re-shaping American urban life–and a blueprint for those to come