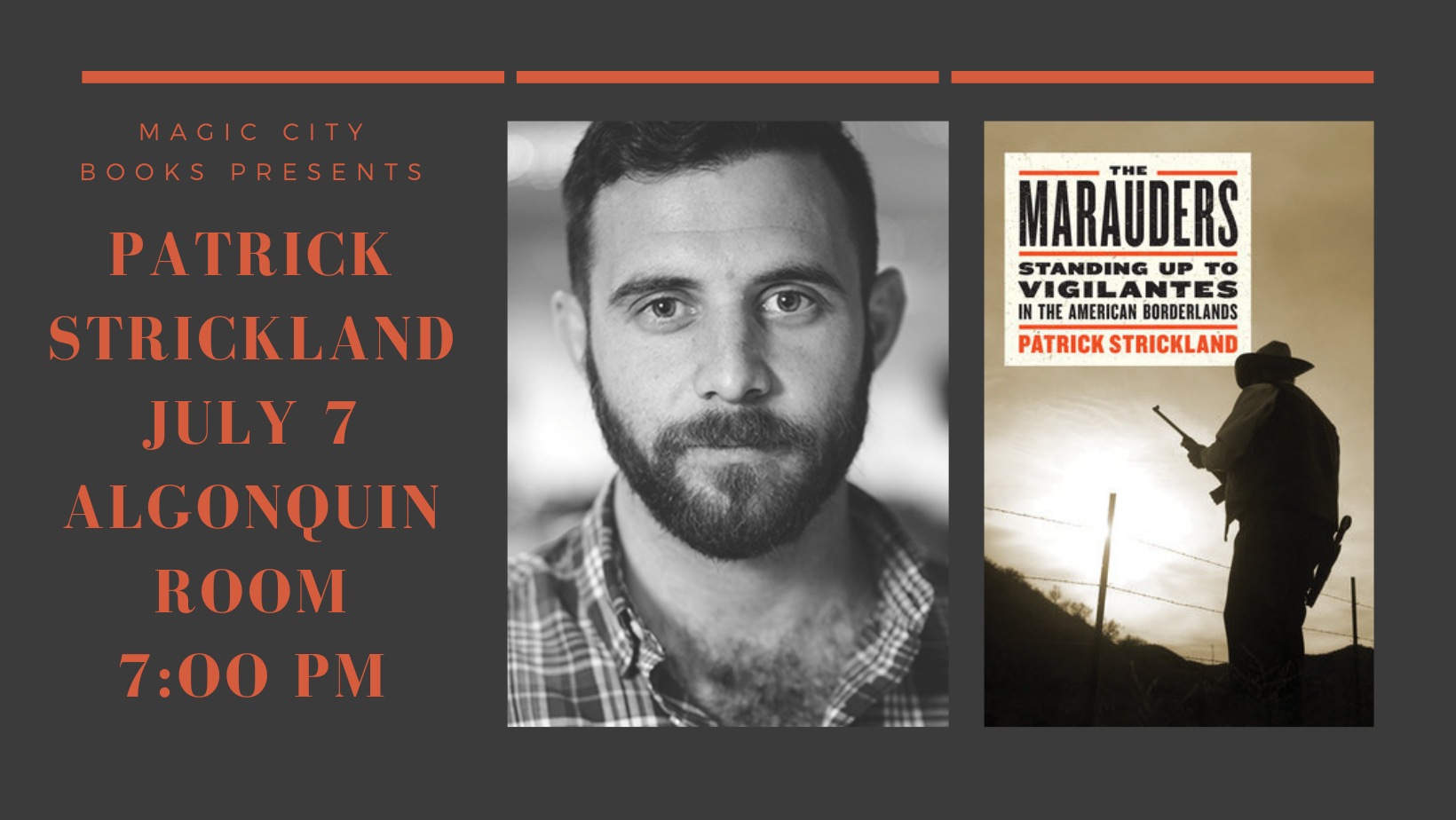 Magic City Books is proud to welcome Patrick Strickland, author of The Marauders: Standing Up to Vigilantes in the American Borderlands for an in-store event on Thursday July 7 at 7:00 pm.

The Marauders is a real-life Western that tells the story of how citizens in a small Arizona border town stood up to anti-immigrant militias and vigilantes.

This free event will take place in the Algonquin Room at Magic City Books.

The Marauders is available now at Magic City Books or you can order a copy online at: https://magiccitybooks.square.site/product/the-marauders/798.

The Marauders is a blistering book, a hard-ass stare into the voracious mouth of the US-Mexico border. Patrick Strickland has done a fine piece of reporting from places we don’t dare to tread.” — Luis Alberto Urrea, author of The Devil’s Highway

The Marauders uncovers the riveting nonfiction saga of far-right militias terrorizing the border towns of southern Arizona. In one of the towns profiled, Arivaca, rogue militia members killed a man and his nine-year-old daughter in 2009. In response, the residents organized and spent two years trying to push the new militias out through boycotts and by urging local businesses to ban them. The militias and vigilante groups again raised the stakes, spreading Pizzagate-style conspiracy theories alleging that town residents were complicit in child sex trafficking, prompting fears of vigilante violence.

The Marauders flips the standard formula most often applied to stories about immigration and the far right. Too often those stories are told from the perspective of the ones committing the violence. While Strickland doesn’t shy away from exploring those dark themes, the far right are not the protagonists of the book. Rather, the people targeted by hate groups, and the individuals who rose up to stop them in their tracks, are the heroes of this dramatic story.

Patrick Strickland is a journalist and author from Texas who has reported from some fifteen countries across Europe, the Middle East, and North America. His reportage has appeared in The New York Review of Books, The Nation, The New Republic, Politico, The Guardian, Vice, In These Times, and elsewhere. He is the author of Alerta! Alerta!