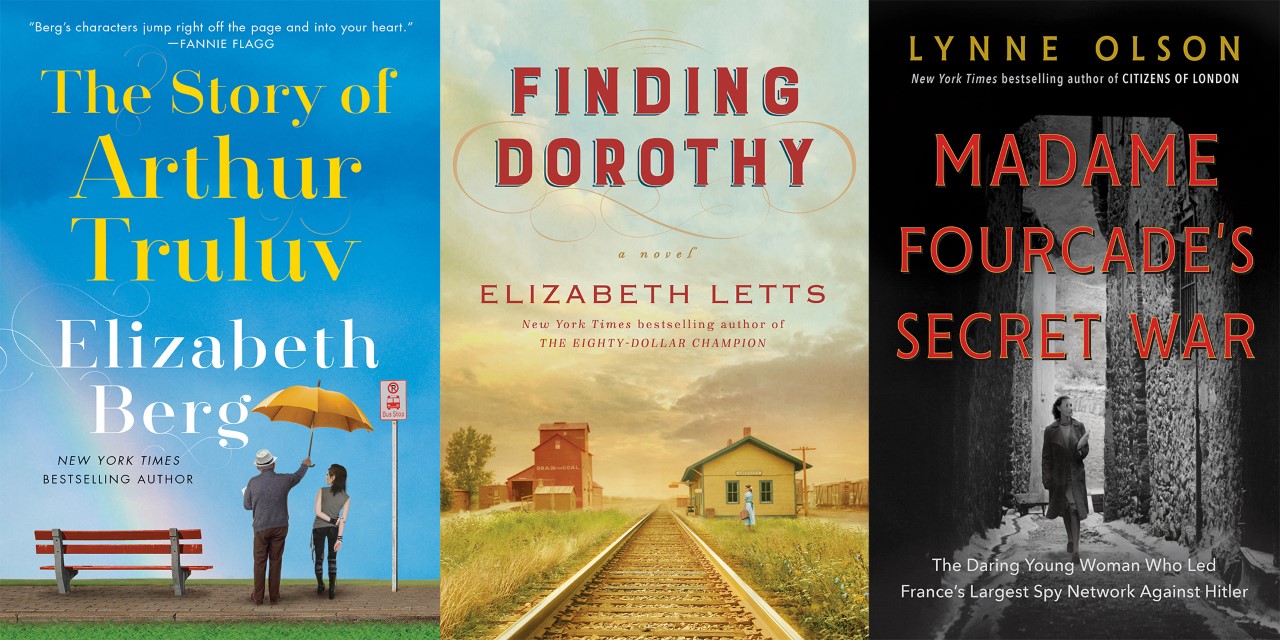 This May, three blockbuster authors will travel to Richmond, Memphis, Tulsa and Traverse City to talk about their upcoming summer reads. Elizabeth Berg, Elizabeth Letts and Lynne Olson, all top New York Times bestselling authors, will be in moderated panel discussion about their bestselling novels. The events include a book signing, audience Q&A and either a pre or post mingle reception with authors.

The Story of Arthur Truluv by Elizabeth Berg

“Elizabeth Berg’s characters jump right off the page and into your heart. I dare you to read this novel and not fall in love with Arthur Truluv.” —Fannie Flagg

Every day at lunchtime, Arthur visits and talks to his beloved late wife, in his imagination. Then a surprising encounter changes his life. Arthur meets Maddy, a troubled teenager who is avoiding school and wrestling with loneliness and feelings of abandonment. Moved by Arthur’s kindness and his unwillingness to take her teenage bait, Maddy gives him the nickname “Truluv”—and a surprising friendship develops between the two. When Arthur’s nosey neighbor, Lucille, moves into their orbit, the three begin to help one another through heartache and hardships to rediscover a sense of family, and to find again their potential to start anew.

“A breathtaking read that will transport you over the rainbow and into the heart of one of America’s most enduring fairy tales and the hardscrabble life that inspired it. . . . A dream of a book you’ll want to savor and share!”—Lisa Wingate, author of Before We Were Yours

Finding Dorothy is a richly imagined novel that tells the story behind The Wonderful Wizard of Oz, the book that inspired the iconic film. The story is told through the eyes of author L. Frank Baum’s intrepid wife, Maud, the daughter of a leading suffragette. It sweeps from the Baum family’s hardscrabble days in South Dakota—which inspired Oz—to the Hollywood film set where Maud first meets a Judy Garland, who would become her unlikely friend.

“Lynne Olson is at the top of her game. . . . A fascinating portrait of uncommon audacity.” Paula McLain, author of Love and Ruin and The Paris Wife

In 1941, a thirty-one-year-old Frenchwoman, a young mother born to privilege and known for her beauty and glamour, became the leader of a vast Resistance organization–the only woman to hold such a role. Brave, independent, and a lifelong rebel against her country’s conservative, patriarchal society, Marie-Madeleine Fourcade was temperamentally made for the job. No other French spy network lasted as long or supplied as much crucial intelligence as her intelligence group, Alliance–and as a result, the Gestapo pursued its members relentlessly, capturing, torturing, and executing hundreds of its three thousand agents, including Fourcade’s own lover and many of her key spies.