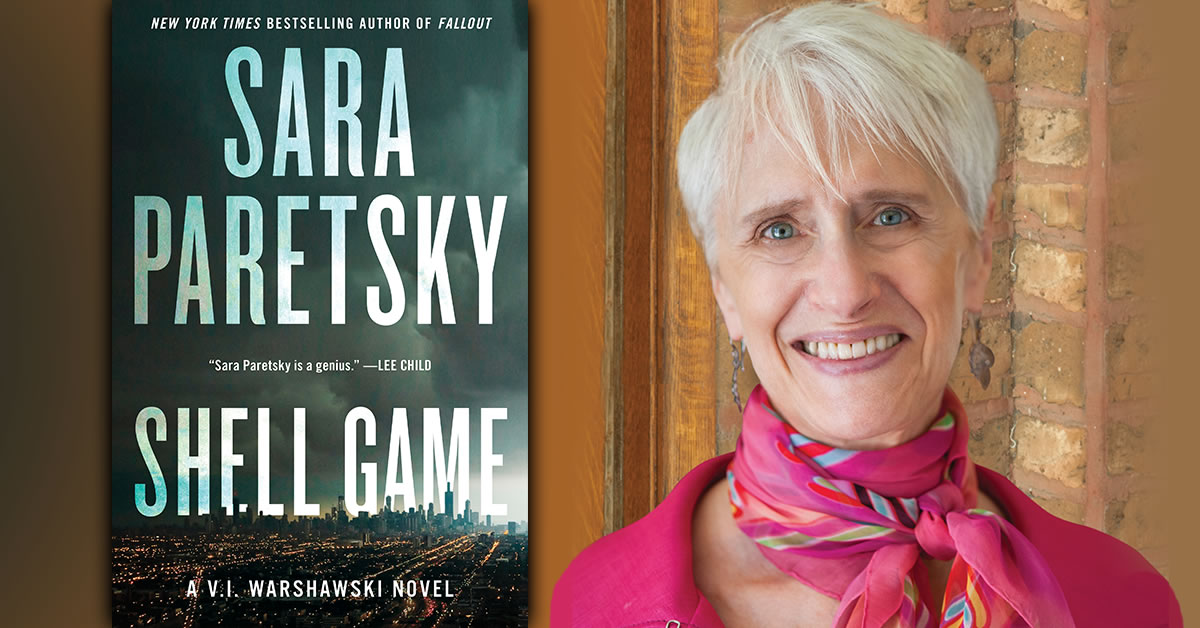 Legendary sleuth V.I. Warshawski returns to the Windy City to save an old friend’s nephew from a murder arrest. The case involves a stolen artifact that could implicate a shadowy network of international criminals. As V.I. investigates, the detective soon finds herself tangling with the Russian mob, ISIS backers, and a shady network of stock scams and stolen art that stretches from Chicago to the East Indies and the Middle East. In Shell Game, nothing and no one are what they seem, except for the detective herself, who loses sleep, money, and blood, but remains indomitable in her quest for justice.

Sara Paretsky is the New York Times bestselling author of twenty previous novels including the renowned V.I. Warshawski series. She is one of only four living writers to have received both the Grand Master Award from the Mystery Writers of America and the Cartier Diamond Dagger from the Crime Writers Association of Great Britain.

“SHELL GAME is a multi-layered mystery with lots of moving parts that all come together in a triumphant moment of truth and justice which satisfies the soul and the intellect.”
—Nelson DeMille, #1 New York Times Bestselling Author
“To read a Sara Paretsky story is to school oneself in human nature. SHELL GAME is the most soulful novel of her extraordinary career—the most urgent, the most haunting, the most satisfying.”
—A.J. Finn, #1 New York Times Bestselling Author
“Sara Paretsky is a legend, an extraordinary author. If you haven’t yet read her, now is the time.”
—HARLAN COBEN
“Paretsky is the gold standard for novels dealing with crime and its consequences.”
—CHARLAINE HARRIS
“An author of matchless intelligence, craft, and power. Sara Paretsky reigns as one of the all-time greats.”
—KARIN SLAUGHTER
“V. I. Warshawski is one of my all-time favorite investigators. Doesn’t get any better than this!”
—LISA GARDNER
“The most remarkable of the moderns is Sara Paretsky. No other crime writer has so powerfully and effectively combined a well-crafted detective story with the novel of social realism.”
—P.D. JAMES
“Sara Paretsky is at the top of the crime novel game.”
—C. J. BOX
“Come see a master at work.”
—BRAD MELTZER
“Paretsky is a genius.”
—LEE CHILD
+ Google Calendar+ Add to iCalendar