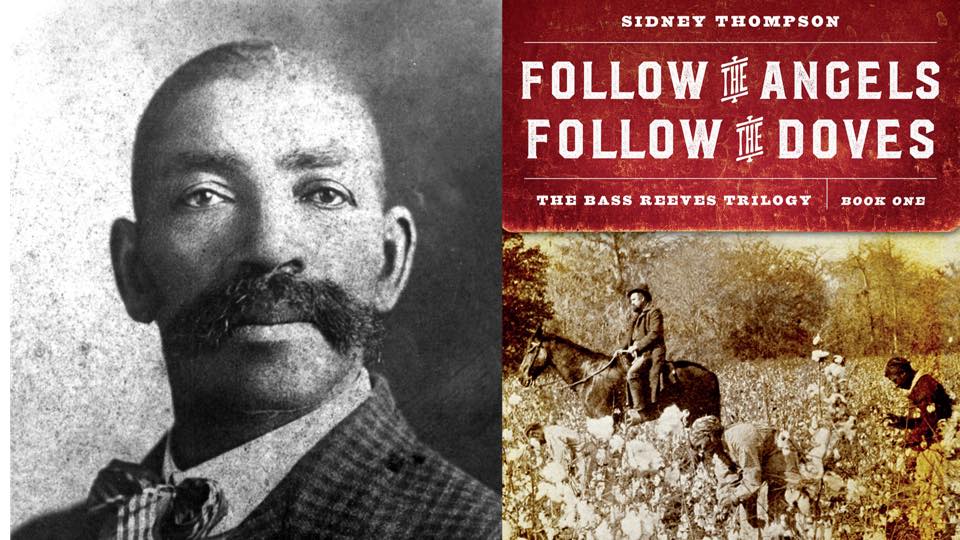 Unfortunately we have had to postpone our event with Sidney Thompson for later in 2020. We plan on rescheduling the event for the summer, stay tuned.

Every superhero has an origin story. Born to slave parents in 1838 in Crawford County, Arkansas, Bass Reeves would become the first black U.S. Deputy Marshal west of the Mississippi River and one of the greatest frontier heroes in our nation’s history.

Acclaimed author Sidney Thompson joins us for his new book on Reeves.

Follow the Angels, Follow the Doves is an origin story in the true American tradition. Before Bass Reeves could stake his claim as the most successful nineteenth-century American lawman, arresting more outlaws than any other deputy during his thirty-two-year career as a deputy U.S. marshal in some of the most dangerous regions of the Wild West, he was a slave.

After a childhood picking cotton, he became an expert marksman under his master’s tutelage, winning shooting contests throughout the region. His skill had serious implications, however, as the Civil War broke out. Reeves was given to his master’s mercurial, sadistic, Moby-Dick-quoting son in the hopes that Reeves would keep him safe in battle. The ensuing humiliation, love, heroics, war, mind games, and fear solidified Reeves’s determination to gain his freedom and drew him one step further on his fated path to an illustrious career.

Follow the Angels, Follow the Doves is an important historical work that places Reeves in the pantheon of American heroes and a thrilling historical novel that narrates a great man’s exploits amid the near-mythic world of the nineteenth-century frontier.

This event is free and open to the public. Copies of Follow the Angels, Follow the Doves are available now at Magic City Books.