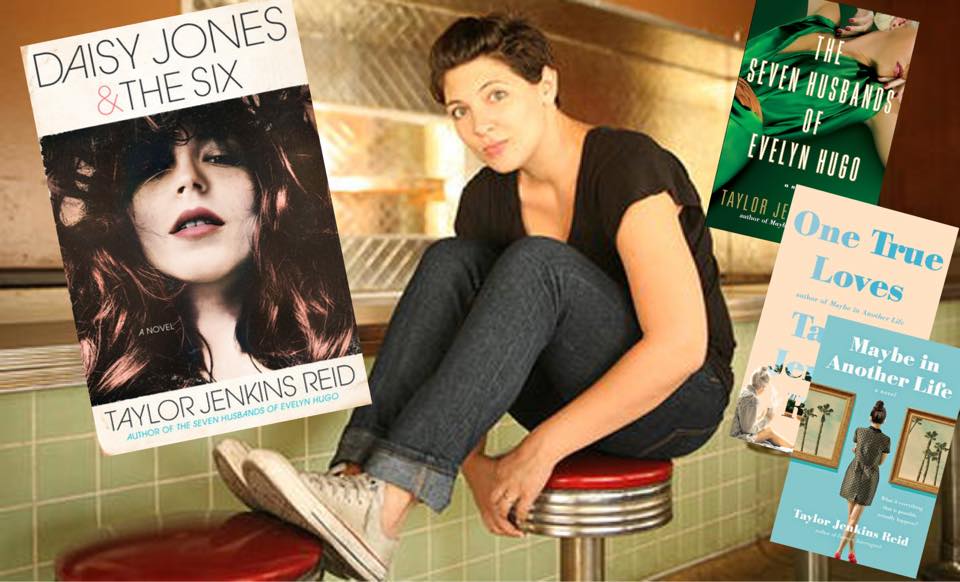 Join us at the Woody Guthrie Center for an evening with Taylor Jenkins Reid, author of Daisy Jones & The Six.

Daisy is a girl coming of age in L.A. in the late sixties, sneaking into clubs on the Sunset Strip, sleeping with rock stars, and dreaming of singing at the Whisky a Go Go. The sex and drugs are thrilling, but it’s the rock ’n’ roll she loves most. By the time she’s twenty, her voice is getting noticed, and she has the kind of heedless beauty that makes people do crazy things.

This is a riveting and unforgettable novel, written as an oral history of one of the biggest bands of the seventies. Taylor Jenkins Reid is a talented writer who takes her work to a new level with Daisy Jones & The Six, brilliantly capturing a place and time in an utterly distinctive voice.

PRAISE FOR DAISY JONES & THE SIX

“I devoured Daisy Jones & The Six in a day, falling head over heels for it. Taylor Jenkins Reid transported me into the magic of the ’70s music scene in a way I’ll never forget. The characters are beautifully layered and complex. Daisy and the band captured my heart, and they’re sure to capture yours, too.”—Reese Witherspoon

“Raw, emotive, and addictively voyeuristic, Daisy Jones & The Six is imbued with the same anguished heart that fuels the very best rock ‘n’ roll. Like my favorite albums, this book will live with me for a very long time.”—Steven Rowley, author of Lily and the Octopus

Daisy Jones & The Six is an explosive, dynamite, down-and-dirty look at a fictional rock band told in an interview style that gives it irresistible surface energy…although the real power of this delicious novel is at its tender beating heart. It’s an anthem and a ballad and a marvel.—Elin Hilderbrand, author of The Perfect Couple