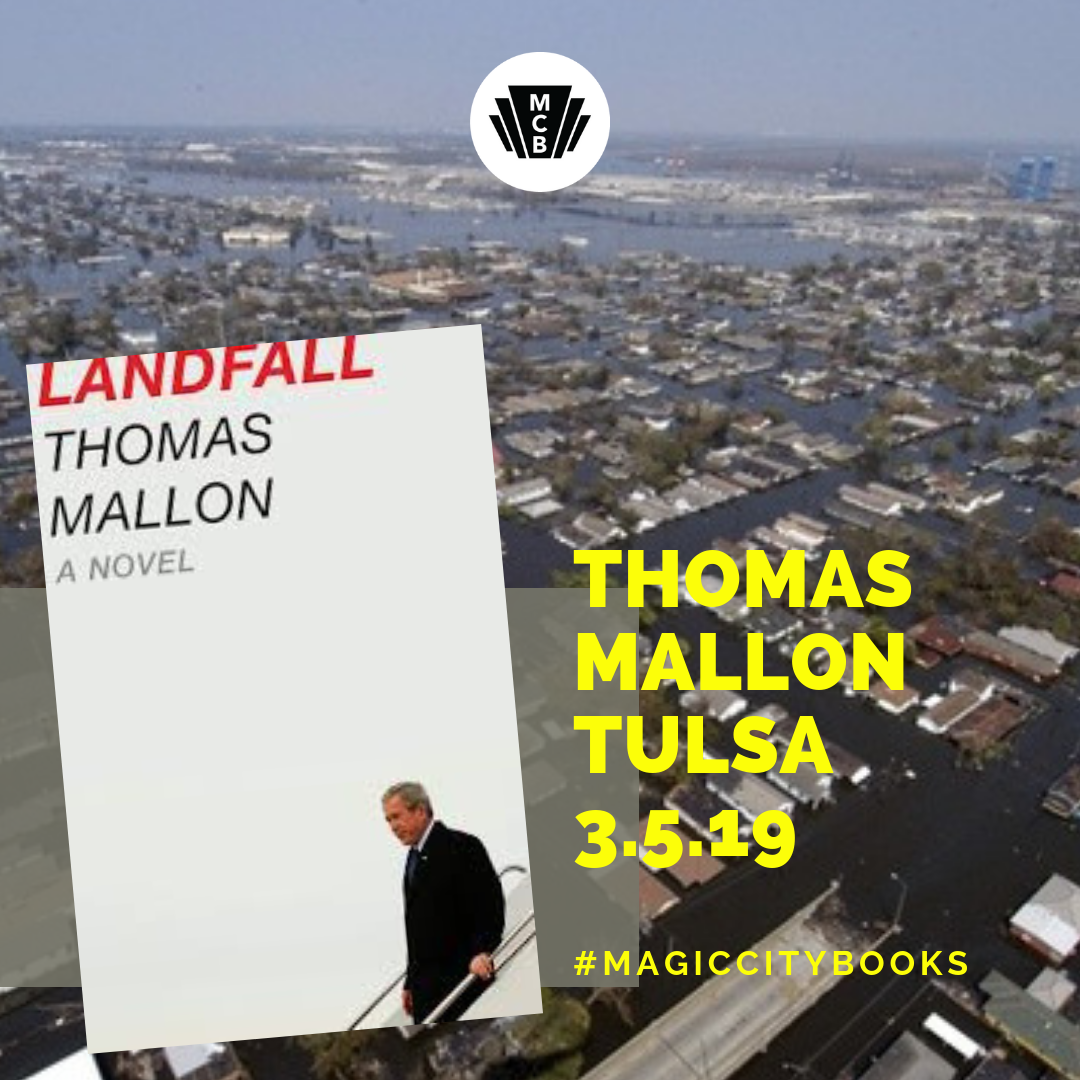 Acclaimed novelist Thomas Mallon joins us in the store for his new novel, Landfall. Set during the tumultuous middle of the George W. Bush years—amid the twin catastrophes of the Iraq insurgency and Hurricane Katrina—Landfall brings Thomas Mallon’s cavalcade of contemporary American politics, which began with Watergate and continued with Finale, to a vivid and emotional climax.

The cast of characters includes: