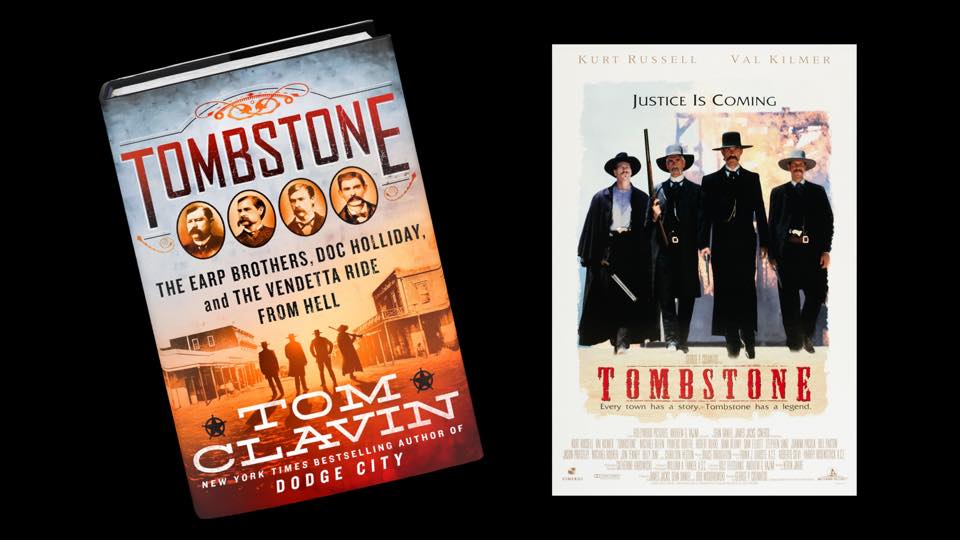 Acclaimed historian Tom Clavin returns for a virtual event to talk about his new book, Tombstone.

Register in advance for the event with Tom Clavin:
https://magiccitybooks.zoom.us/webinar/register/WN_L4NK0kzlQKumX-eD85uFWw

After registering, you will receive a confirmation email containing information about joining the event on Tuesday July 14 at 7:00 CDT.

You can purchase a copy of Tombstone at Magic City Books or online here: https://magiccitybooks.square.site/product/tombstone/150

The true story of the Earp brothers, Doc Holliday, and the famous Battle at the OK Corral, by the New York Times bestselling author of Dodge City and Wild Bill.

On the afternoon of October 26, 1881, nine men clashed in what would be known as the most famous shootout in American frontier history. Thirty bullets were exchanged in thirty seconds, killing three men and wounding three others.

The fight sprang forth from a tense, hot summer. Cattle rustlers had been terrorizing the back country of Mexico and selling the livestock they stole to corrupt ranchers. The Mexican government built forts along the border to try to thwart American outlaws, while Arizona citizens became increasingly agitated. Rustlers, who became known as the cow-boys, began to kill each other as well as innocent citizens. That October, tensions boiled over with Ike and Billy Clanton, Tom and Frank McLaury, and Billy Claiborne confronting the Tombstone marshal, Virgil Earp, and the suddenly deputized Wyatt and Morgan Earp and shotgun-toting Doc Holliday.

Bestselling author Tom Clavin peers behind decades of legend surrounding the story of Tombstone to reveal the true story of the drama and violence that made it famous. Tombstone also digs deep into the vendetta ride that followed the tragic gunfight, when Wyatt and Warren Earp and Holliday went vigilante to track down the likes of Johnny Ringo, Curly Bill Brocius, and other cowboys who had cowardly gunned down his brothers. That “vendetta ride” would make the myth of Wyatt Earp complete and punctuate the struggle for power in the American frontier’s last boom town.