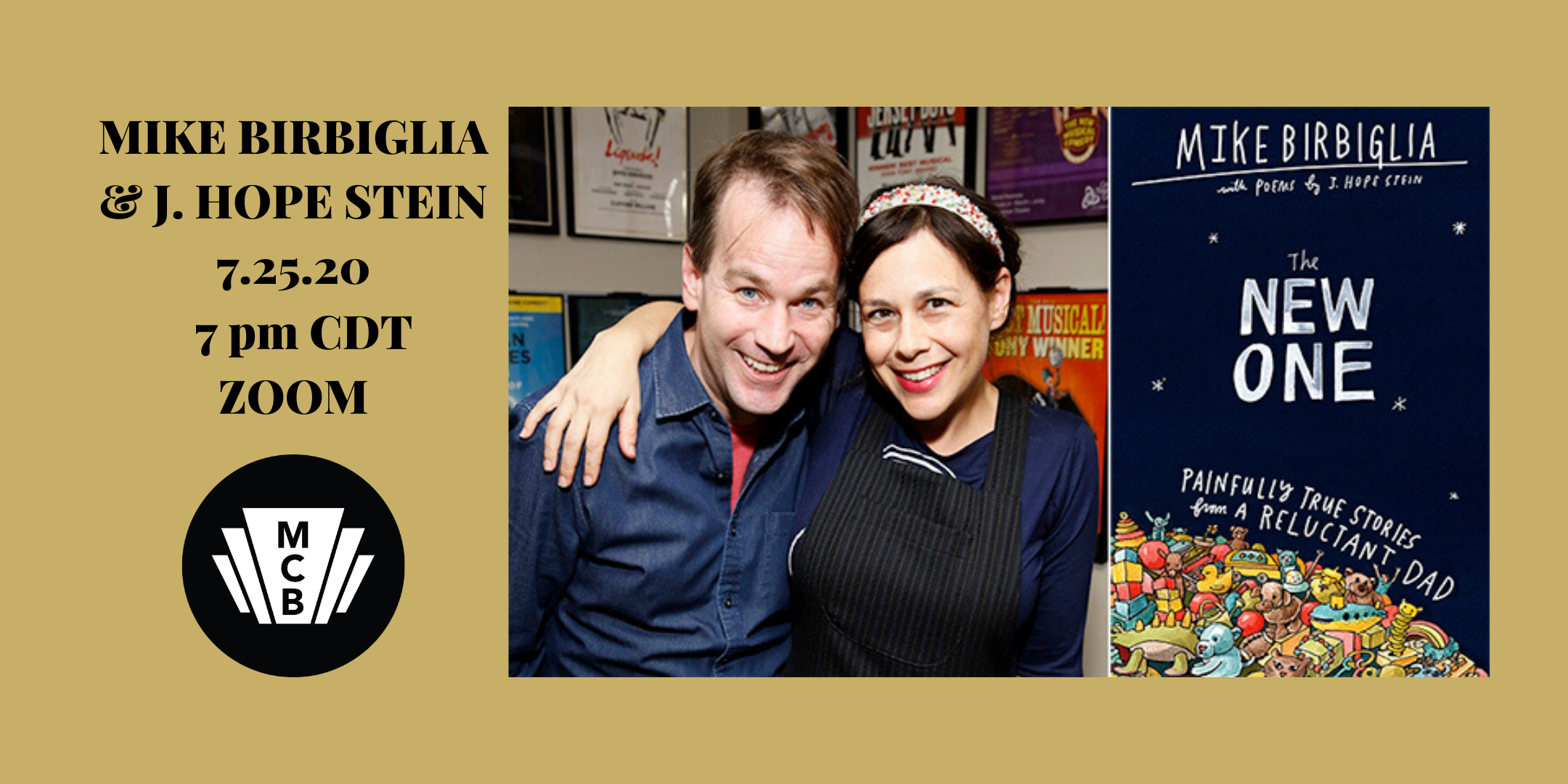 Magic City Books is proud to welcome comedian, storyteller, director, actor and New York Times bestselling author Mike Birbiglia for a virtual event to celebrate his latest book, The New One: Painfully True Stories from a Reluctant Dad. Mike will be joined by his wife, J. Hope Stein, who contributed original poetry to the book.

The event will be moderated by Adam Bush of Tulsa. During the Broadway run of Mike Birbiglia’s one man show, The New One, there was a contest run through This American Life to be the “understudy” for Mike’s show. Adam submitted a video and was chosen as the winner. Adam is a storyteller and the creator of the children’s series Pete and Penelope.

Copies of The New One will be available to pick up at Magic City Books starting on July 21.

About The New One:

With laugh-out-loud funny parenting observations, the New York Times bestselling author and award-winning comedian delivers a book that is perfect for anyone who has ever raised a child, been a child, or refuses to stop acting like one.

In 2016 comedian Mike Birbiglia and poet Jennifer Hope Stein took their fourteen-month-old daughter Oona to the Nantucket Film Festival. When the festival director picked them up at the airport she asked Mike if he would perform at the storytelling night. She said, “The theme of the stories is jealousy.”

Jen quipped, “You’re jealous of Oona. You should talk about that.”

And so Mike began sharing some of his darkest and funniest thoughts about the decision to have a child. Jen and Mike revealed to each other their sides of what had gone down during Jen’s pregnancy and that first year with their child. Over the next couple years, these stories evolved into a Broadway show, and the more Mike performed it the more he heard how it resonated — not just with parents but also people who resist all kinds of change.

So he pored over his journals, dug deeper, and created this book: The New One: Painfully True Stories From a Reluctant Dad. Along with hilarious and poignant stories he has never shared before, these pages are sprinkled with poetry Jen wrote as she navigated the same rocky shores of new parenthood.

So here it is. This book is an experiment — sort of like a family.