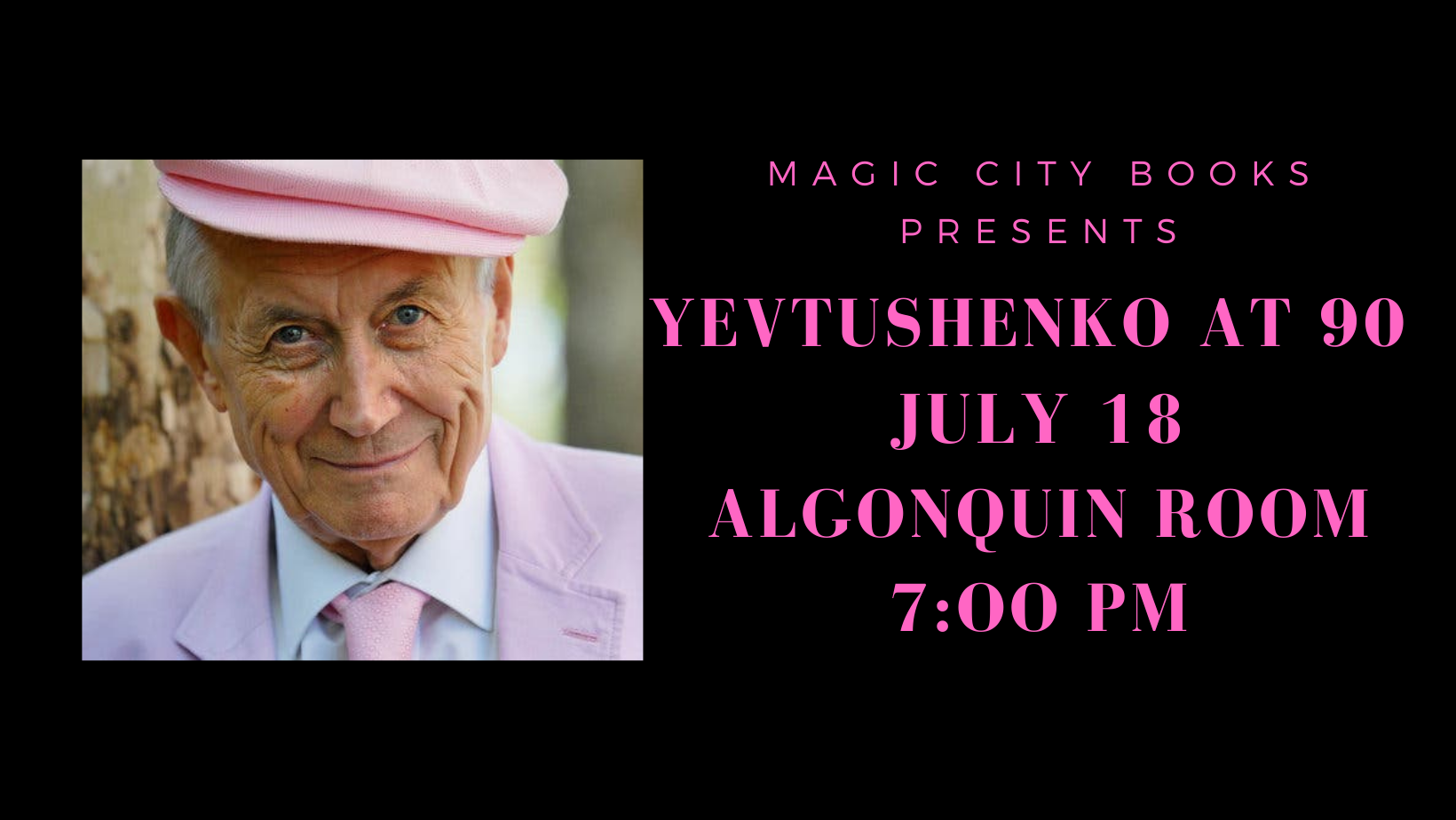 Yevgeny Yevtushenko’s “defiant” poetry inspired a generation of young Russians in their fight against Stalinism during the Cold War.  His works have been translated to 72 languages, with over 150 collections of poetry published. He read his poems in front of stadium crowds well into the twilight of his life.

In commemoration of what would have been his 90th birthday, Magic City Books will host a Yevtushenko Poetry Reading on Monday July 18 at 7:00 pm in the Algonquin Room at the store. Yevtushenko’s son, Zhenya, will perform his father’s poems in English and in Russian. The reading will be a twin of the one happening near Red Square on July 18th with many anti-authoritarian and anti-war poems.

Yevtushenko’s work was not only politically defiant but culturally introspective. He once said, “A poet’s autobiography is his poetry. Everything else is just a footnote.”