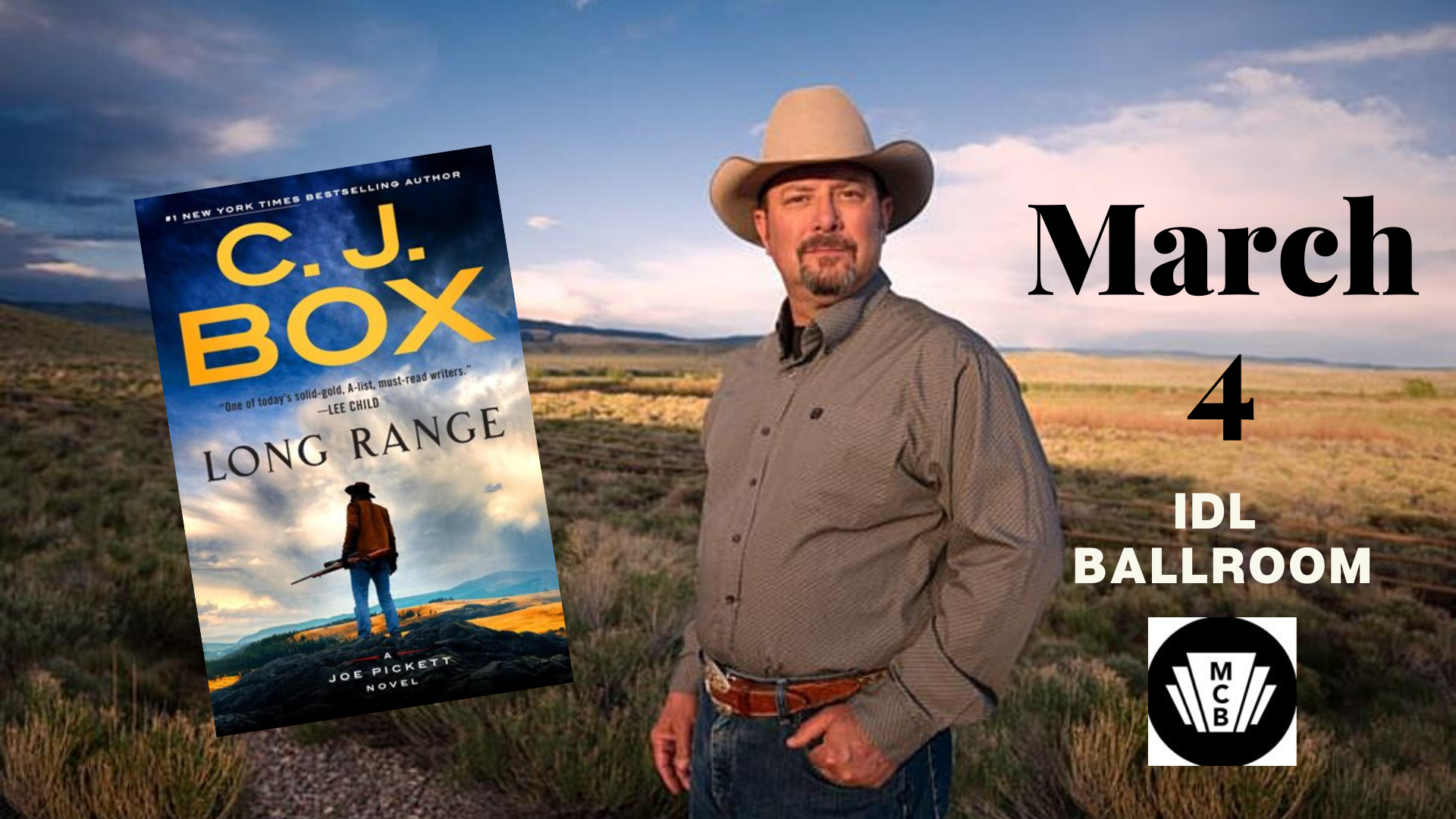 This is a ticketed event, each ticket includes one (1) copy of Long Range and one (1) seat at the event on Wednesday March 4 at IDL Ballroom (230 East First Street). There is a limit of four (4) tickets per person/email address.

All ticket holders will be able to pick up their books at the event, no books will be distributed early.

C. J. Box is the #1 New York Times bestselling author of 27 novels including the Joe Pickett series. He was awarded the 2016 Western Heritage Award for Literature by the National Cowboy Museum as well as the Spur Award for Best Contemporary Novel by the Western Writers of America in 2017.  Over seven million copies of his books have been sold in the U.S. and abroad and they’ve been translated into 27 languages.  Two television series based on his novels are currently in development.

Wolf Pack, the 19th Joe Pickett novel, was published March of 2019 and debuted at #2 on the New York Times Bestseller list and remained on the list for five consecutive weeks.

Box is a Wyoming native and has worked as a ranch hand, surveyor, fishing guide, a small town newspaper reporter and editor, and he owned an international tourism marketing firm with his wife Laurie. In 2008, Box was awarded the “BIG WYO” Award from the state tourism industry. An avid outdoorsman, Box has hunted, fished, hiked, ridden, and skied throughout Wyoming and the Mountain West. He served on the Board of Directors for the Cheyenne Frontier Days Rodeo and currently serves on the Wyoming Office of Tourism Board. They have three daughters and one (so far) grandchild. He and his wife Laurie live on their small ranch in Wyoming.

When Joe Pickett is asked to join the rescue efforts for the victim of a startling grizzly attack, he reluctantly leaves his district behind. One survivor of the grizzly’s rampage tells a bizarre story, but just as Joe begins to suspect the attack is not what it seems, he is brought home by an emergency on his own turf. Someone has targeted a prominent local judge, shooting at him from a seemingly impossible distance. While the judge was not hit, his wife is severely wounded, and it is up to Joe to find answers–and the shooter.

The search for the would-be assassin becomes personal when Joe’s best friend, Nate Romanowski –just as he’s adjusting to the arrival of his first child–falls under suspicion for the crime. It’s a race against the clock as Joe tries to clear Nate’s name and identify the real shooter, all while deciphering the grizzly encounter. Beset by threats both man-made and natural, the two men must go to great lengths to keep their loved ones safe.