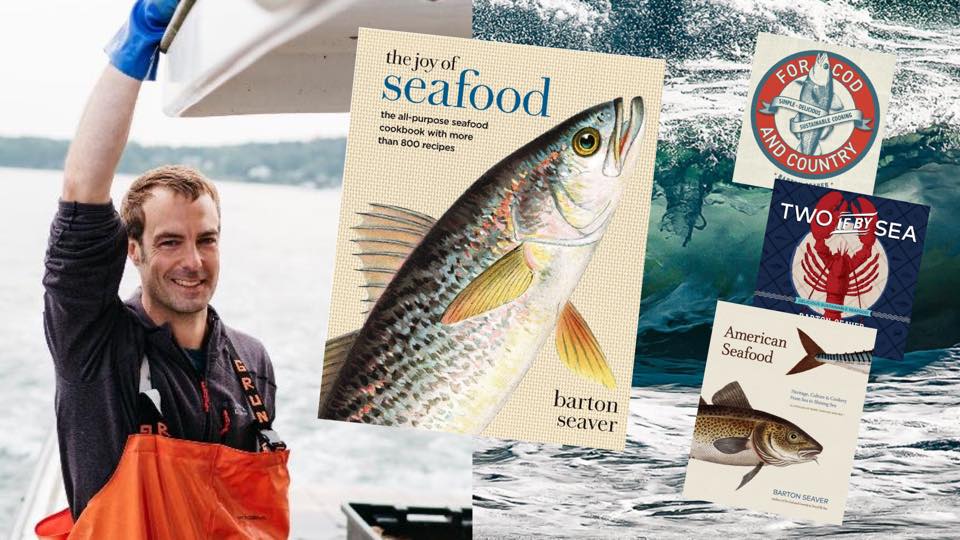 Join us for an unforgettable afternoon of seafood, books, beer, and more.

In The Joy of Seafood, Award-winning chef and sustainable food advocate Barton Seaver presents the most comprehensive seafood reference available for home cooks, featuring more than 900 recipes for nearly 100 fish and shellfish species.

Before leaving the restaurant industry to pursue his interests in sustainable food systems, award-winning chef Barton Seaver created three top restaurants in Washington, DC. Since then, he has written several books on the topic of sustainable seafood and cookery, including For Cod and Country, Two If By Sea, Superfood Seagreens, and American Seafood. Seaver is the Contributing Seafood Editor at Coastal Living magazine, and he and his work have also been featured in The New York Times, Cooking Light, O: The Oprah Magazine, Every Day with Rachael Ray, Martha Stewart’s Whole Living, the Washington Post, and Fortune, among many others. He has appeared on CNN, NPR, and 20/20. Seaver was the host of the national television program In Search of Food on the Ovation Network and Eat: The History of Food on National Geographic TV.