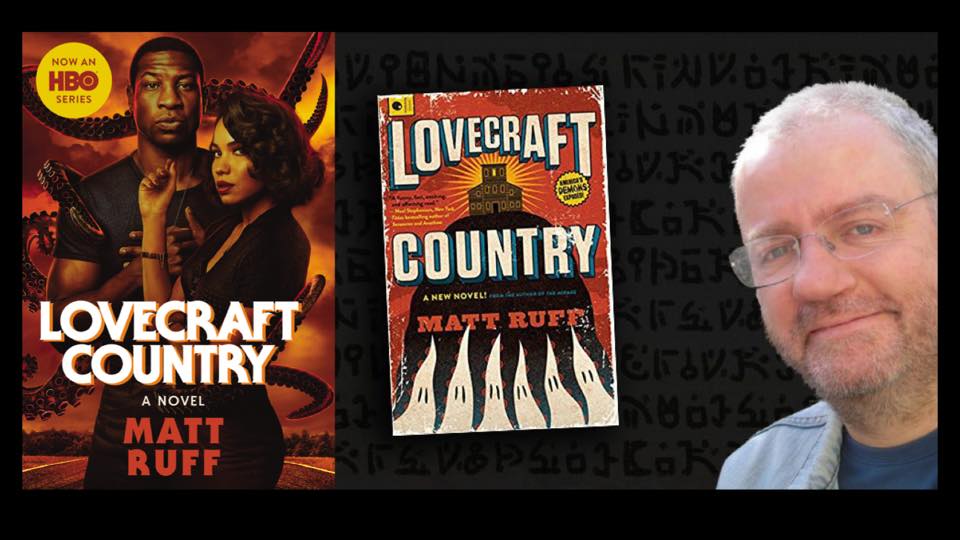 Don’t miss a free virtual conversation with Matt Ruff, author of Lovecraft Country, the book that inspired the hit HBO show.
This free event will be hosted on the Zoom platform and Facebook Live. To register in advance for the event on Zoom visit https://magiccitybooks.zoom.us/webinar/register/WN_U4DBUlPzQh-VCi59KhoqEQ.
After registering, you will receive a confirmation email with information about how to join the event on Thursday, November 12 at 7:00 central.
Lovecraft Country is currently available at Magic City Books. You can purchase in the store or click here and have it shipped to your door: https://magiccitybooks.square.site/product/lovecraft-country/300.

Now an HBO series from J.J. Abrams (Executive Producer of Westworld), Misha Green (Creator of Underground) and Jordan Peele (Director of Get Out)

The critically acclaimed cult novelist makes visceral the terrors of life in Jim Crow America and its lingering effects in this brilliant and wondrous work of the imagination that melds historical fiction, pulp noir, and Lovecraftian horror and fantasy.

Chicago, 1954. When his father Montrose goes missing, 22-year-old Army veteran Atticus Turner embarks on a road trip to New England to find him, accompanied by his Uncle George–publisher of The Safe Negro Travel Guide–and his childhood friend Letitia. On their journey to the manor of Mr. Braithwhite–heir to the estate that owned one of Atticus’s ancestors–they encounter both mundane terrors of white America and malevolent spirits that seem straight out of the weird tales George devours.

At the manor, Atticus discovers his father in chains, held prisoner by a secret cabal named the Order of the Ancient Dawn–led by Samuel Braithwhite and his son Caleb–which has gathered to orchestrate a ritual that shockingly centers on Atticus. And his one hope of salvation may be the seed of his–and the whole Turner clan’s–destruction.

A chimerical blend of magic, power, hope, and freedom that stretches across time, touching diverse members of two black families, Lovecraft Country is a devastating kaleidoscopic portrait of racism–the terrifying specter that continues to haunt us today.

Matt Ruff is the author of The Mirage, Bad Monkeys, Set This House in Order, Fool on the Hill, and Sewer, Gas & Electric. He lives in Seattle.